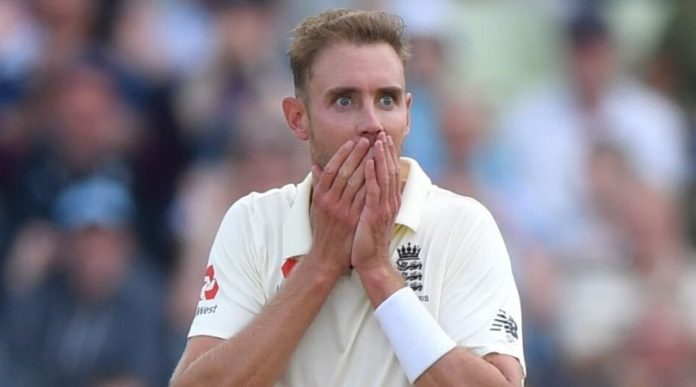 Star England bowler, Stuart Board has said that he is lucky to have played more than 20 Tests. Well, yes, he commented on a status shared by Piers Morgan. The status showed the bowling average of Stuart Board periodically in his career.

The ace bowler did not have a fairy tale opening to his career. He in fact struggled for his first 20 tests. However, since then he has evolved and built a fierce bowling attack along with Jimmy Anderson for England. His bowling average for the first 10 test matches was just 45.23. His average got a bit better after his 20 tests to 40.21. However, his supreme class took over after that. After 30 tests his bowling average was 34.64. After playing 142 tests the bowler has a stunning average of 27.68. This is just remarkable.

Looking at the stats of his own bowling performance, a humble Board commented that he was lucky to have survived after 20 test matches. Well, thanks to the selectors that they saw the potential in Broad. Board has repaid the faith with match-winning performances. Had selectors were not consistent on him, the world of cricket might have missed one of the greatest fast bowlers.

In his 142 test matches, he has so far taken 511 wickets. He is the seventh position in the list of most wickets taken by a bowler in test cricket. His bowling partner Jimmy Anderson is on the fourth position in the list which is led by Sri Lankan wizard Muttiah Muralidharan with 800 wickets, followed by Shane Warne and Anil Kumble.

He has even scored 3320 runs in test format with the highest score of 169 runs. He is considered one of the best pace bowlers in this arena in test cricket. Currently, he is playing the third test match against Pakistan at Southampton.