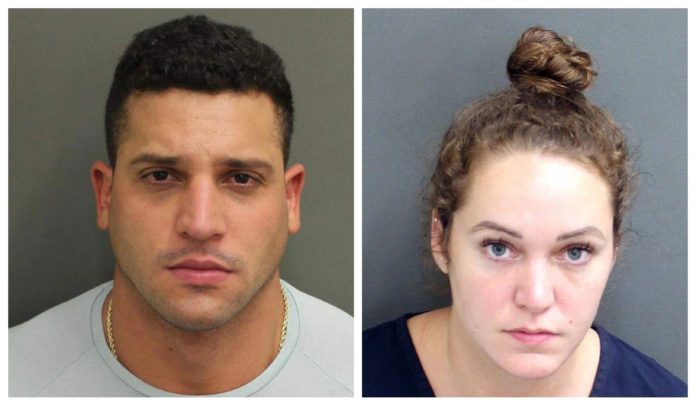 Husband-wife rape a 7-year-old girl in a gruesome event. Areglio Pupo, 32, and Morgan Keene, 27, from Florida are facing serious charges including the sexual battery of a child under 12.

It has been reported that the child was first raped by Pupo in the bedroom while Keene was present. In fact, Bruno raped her and left her bleeding. Keene allegedly helped her clean and asked her to take a shower and sleep.

“The victim stated [Keene] was present when this incident occurred and assisted in cleaning up the blood before ultimately telling the victim to go shower and go to bed,”

As per the text messages received by Police, Keene next asked one of her friends, who is an obstetrics nurse about the vaginal tear. The friend asked her to go to the doctor which she refused and told her it is already stitched. When asked who did that, she replied, Pupo.

Husband-Wife rape the child and covered the crime

Police were called ultimately for a disturbance. The witnesses then showed the video where the victim was narrating her horrifying experience. She told that she was forced to do acts. The gruesome acts continued from May 1 to November 12, as per the reports.

Police reportedly confirmed that the victim said, they were teaching baby making.

When confronted, Keene said she was a victim of domestic abuse and wanted to check out of the relationship. She also claimed that Pupo previously attacked her when she was pregnant, The Sun Reported.

Both are Lodged in Orange County Corrections. The maximum sentence for the charges is a life sentence for both of them.