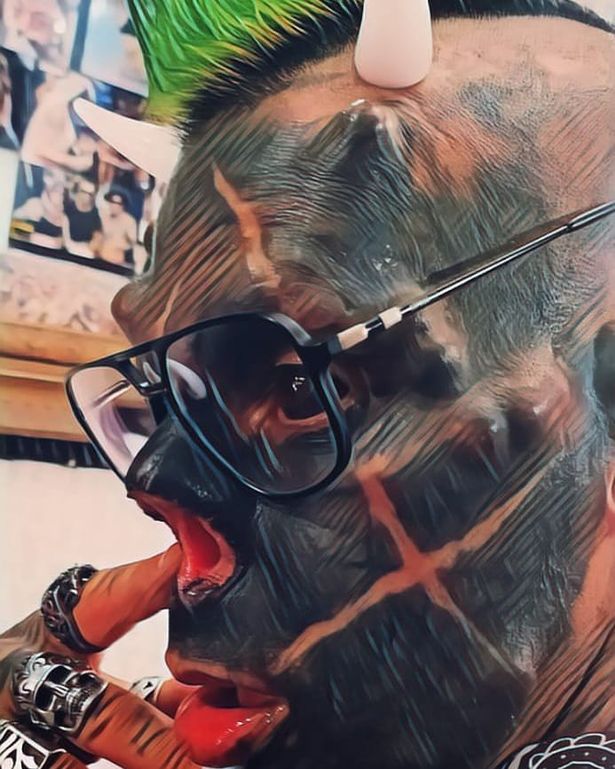 Human Satan, that is what he is called. However, he is just a passionate tattoo artist who is willing to go through body modification to achieve his desired look.

Michael Faro do Prado, 44, lives happily with his wife. His wife is specialized in body modification and he is a tattoo artist for 25 years.

In his extreme desire, he has already arched his teeth and implanted horns on his head. He has now removed his nose completely in an extreme move. He has now only a gaping hole instead of his nose, reported Daily Star.

His wife helps him with his unique look. She claimed that Prado is only the third person in the world to remove the nose entirely. However, the health complication of the surgery is unknown.

Prado also known as Human Satan is a tattoo artist. He focuses on blackwork for which the entire body needs to be painted. He claims that he wants to be the masterpiece of her wife for body modification.

He can be known as Human Satan, but he is a devoted religious person. He in fact is a frequent churchgoer. He often talks about the Bible and preaches the word of God. He is a very well-known person for his religious activities as well in the community.

He says that he believes in who he is. He and his family are loved by the majority, he claims.

He is not the only one who has an obsession with tattoo and body modification. A case was reported earlier where a man removed his ear.