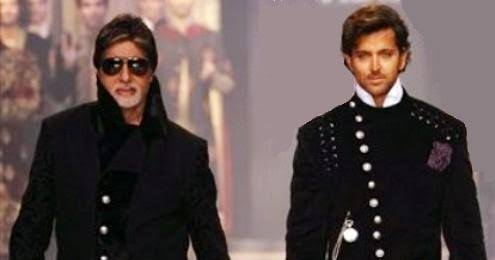 If everything remains fine and true, then the next Dhoom 4 will feature Hrithik Roshan and Amitabh Bachhan along with Abhisekh Bachhan and Uday Chopra. The report has been published by Bollywood Life that YRF is working for the fourth installment of the franchise and the casting has already started. Vijay Krishna Acharya aka Victor has started working for the movie and has reportedly approached Sr Bachhan along with Aditya Chopra. If reports are to be believed then both Hrithik and Amitabh Bachhan have signed for the movie.

The thriller movie is in news for quite some time. It was rumored that Salman Khan has been roped in for the Dhoom 4. However, no confirmation was provided. However, insider has now reported that no Khan is signed for the movie and it is the Bachhan Family that will rule the movie. However, Hrithik Roshan is expected to play the antagonist yet again.

Another insider said that the facts are right but not as correct as it is portrayed. It is true that they have been signed by YRF, but it is not Dhoom 4 and insisted that it is yet to be titled thriller movie under the same banner.

YRF has refused to comment on the same and decided to keep tight lipped on the entire issue. However, it is expected that the movie will be ready for release anytime in the next year with yet another Cop and Con thriller. No news of female cast has been reported so far.

Dhoom Reloaded – End of the Road for Abhisekh Bachchan and...

Pratyusha Banerjee Death Mystery – Here is what happened in one...