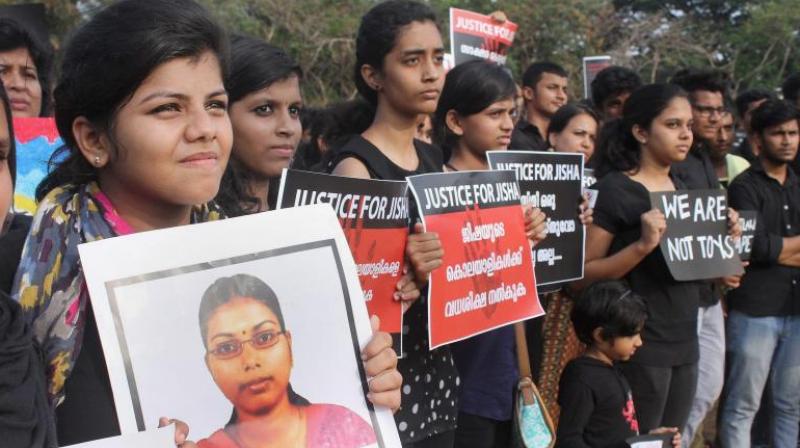 Jisha Murder Case was one of the most high profile cases in recent times, India has seen. Well, not because of any high profile person but the gruesome murder case moved the country into tears. After questioning over 1500 people, the Kerala Police has finally cracked the case and nabbed the accused. The Kerala Rape and Murder Case accused is a daily wager from Assam named Ameenul Islam. The accused fled away to his native state after committing the crime. The poor law student was brutally raped and murdered allegedly by the accused. But the course of action taken by the Police has been remarkable in this case.

Police was in dark after the heinous crime. There was hardly any clue but the Forensic department came in rescue. The blood stains found in the footware of Jisha was of her. However, DNA samples were collected from the saliva from the body of the victim. Even the blood stains from the door was of the accused. After the DNA test, it was also suspected that the accused was on inebriated state. Police carried out investigations in West Bengal, Assam and adjoining state. Meanwhile, the weapon used in the crime was also found in an abounded building under construction near to Jisha’s house. The accused used to stay there only. Later police identified Ameenul Islam who was neighbour of her and started searching for him and nabbed him as reported.
Investigation took time but the efforts of the Police have helped to nab the accused. The accused has allegedly confessed the crime as well. However, it has to be ascertained that whether the motive of the murder was only sexual.

Pooja Misrra Blames Salman Khan for Rape – Why it is...