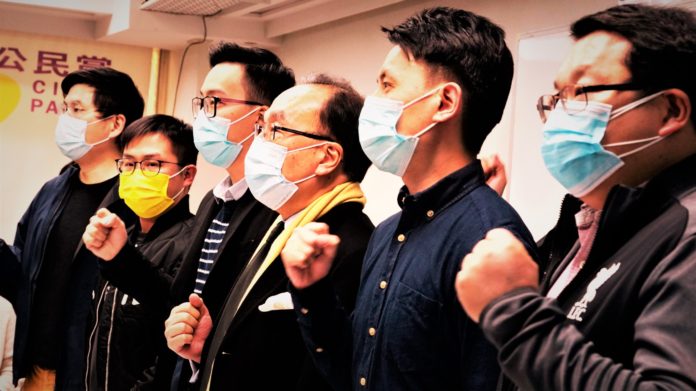 Hong Kong arrests on Wednesday ensured that the Chinese Communist Party is in no mood to relent down. They don’t have a reason to do another way as well. The West is enabling them to tight screw on the Hong Kong Free Society.

They have done that in Tibet, Inner Mongolia, Xinjiang, and now in Hong Kong. At least 53 pro-democracy activists were arrested from 72 premises in the biggest crackdown since the Chinese Communist party imposed security law.

To quash the dissent in Hong Kong, the CCP is using its muscle power and arresting the advocates and whoever believes in democracy. They accuse the activists of overthrowing the government and said that they are a threat to society.

But what West does? Nothing, in fact, the European Commission is seeking a trade deal with China. The liberal democracies which talk about free societies are eager to become a dump-yard of cheap Chinese products.

The enabling and stroking of the ego of the Chinese communist party has become too much for the free society of Hong Kong.

The Security Law in June 2020 was the first step towards authoritarian rule in Hong Kong and these crackdowns prove that the day is not far when every voice in Hong Kong will be suppressed.