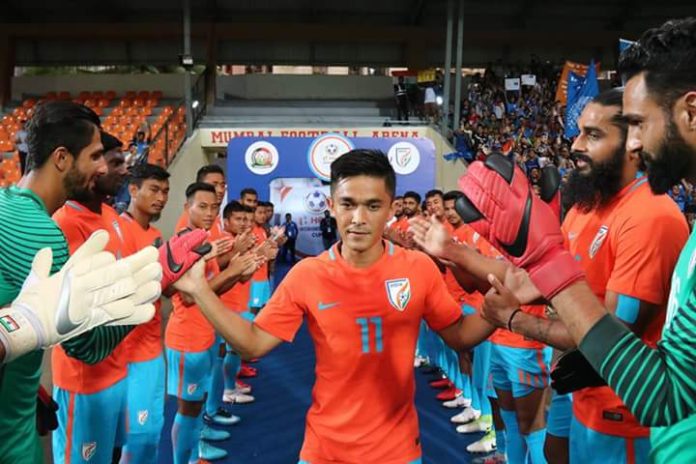 Hero Intercontinental Cup 2018 was more than a success for the fans. It all started with a quite note as there were hardly any audience. India defeated Chinese Taipei but the captain Sunil Chhetri appealed the fans to Back the Blue. Everything changed. It was a thriller of league stage. India and Kenya consolidated their position at the top thanks to the Goal difference.

Kenya today defeated mediocre Chinese Taipei by 4-0 and stormed to the final. India, Kenya and New Zealand had 6 points after winning 2 matches and losing one. But the Goal difference for India is 7, Kenya is 2 and New Zealand is 1. India lost to New Zealand in the four team tournament, whereas Kenya suffered loss against India. New Zealand was defeated by Kenya.
At the end, Chinese Taipei lost all matches but they played competitive football. Even before the Kick Off for the Final, it can be said that the tournament was a success for all the teams. 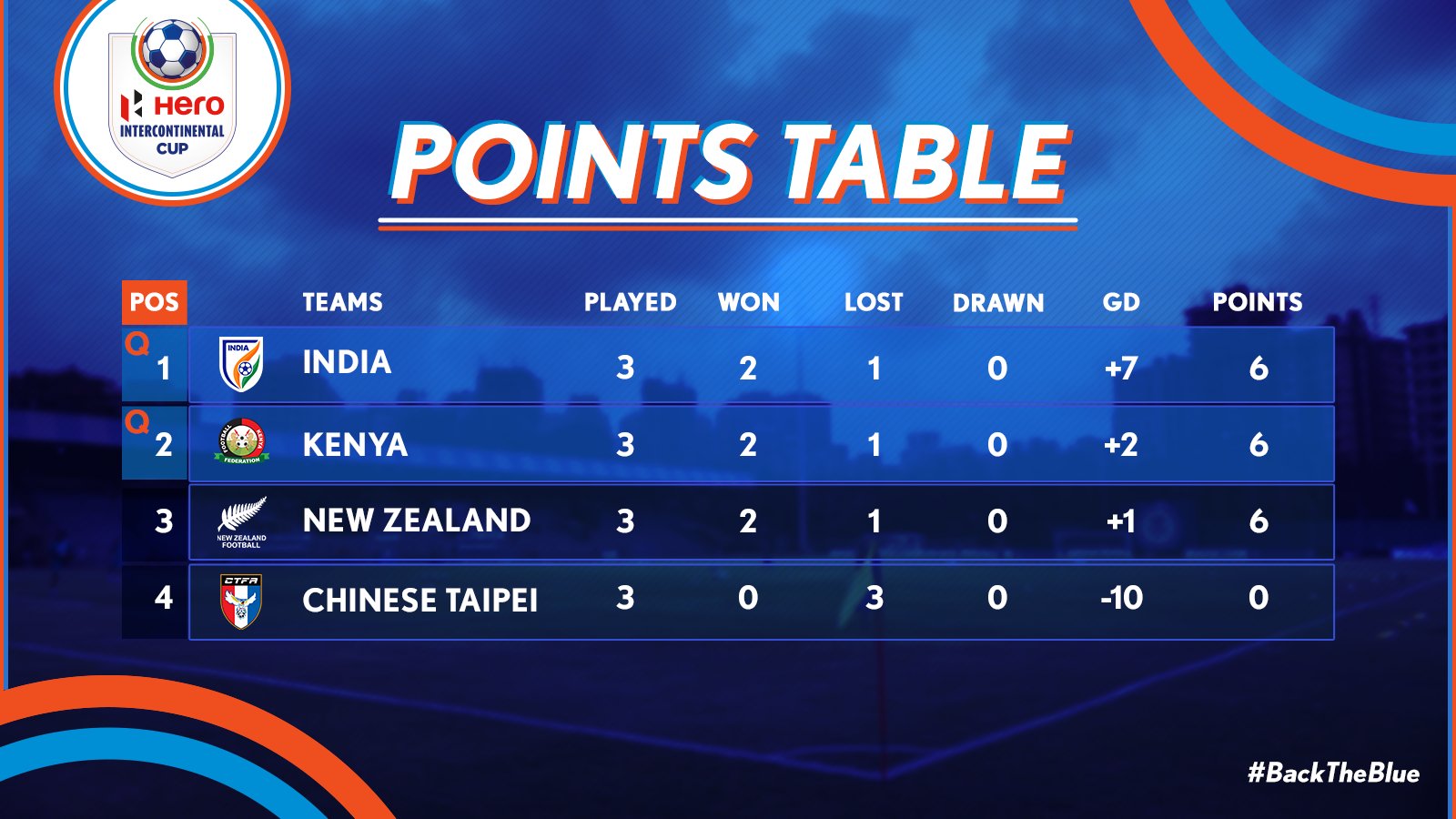 For India, it was more than that. They did not played great football but also gained the trust of the fans. People have started talking about Indian Football. This could be a great boost for the team as they next head for the AFC Asian Cup, the biggest tournament of this continent. They might have to face tougher teams there, but Sunil Chhetri and co would be ready for this challenge.

However, before that Indian fans and team would like to win the Hero Intercontinental Cup 2018 in front of the home crowd to finish on high.