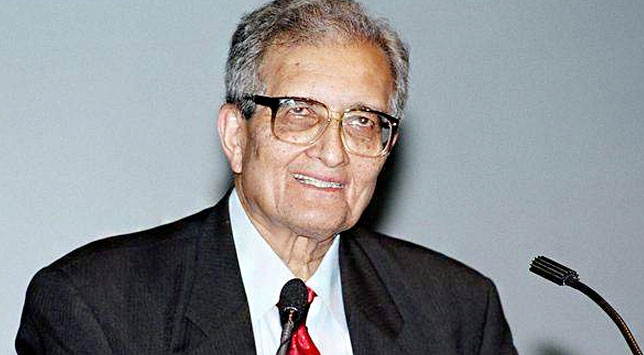 Harvard Jibe can become a new trend for the BJP Followers. The Prime Minister of India has mocked the Nobel Laureate Amartya Sen for economic slowdown comment for India. PM Modi did not name him but said that someone is talking what Harvard is saying and here a son of a poor person is trying to work hard and enhance the economy.

The Nobel Scholar who is also a Bharat Ratna Awardee, the highest civilian award recently criticized the government for the atmosphere of fear at the universities. He pointed out that the fear would be dreadful for the democracy and the values of it that India enjoy. He has been a strong critic of PM Modi since a long time. He came hard on the Government after the recent Demonetization Blues. PM Modi made the Harvard Jibe to throw him a message that people of India is trying to enhance the economy.

Amartya Sen has mostly stayed in UK and United States and is a member of many Universities.

Amartya Sen is one of the most renowned economists in the world. However, he has barely spent his time in his native land. The Harvard Jibe may be an attack for the criticism of the Government. However, that makes more sense when the Brain Drain aspect is considered.
Major achievers from India have been either moved or relocated to the United States and other parts of the world for a better life. India has, however, to grow at a steady rate. The view of Amartya Sen might be correct, but what PM has said cannot be ignored either.