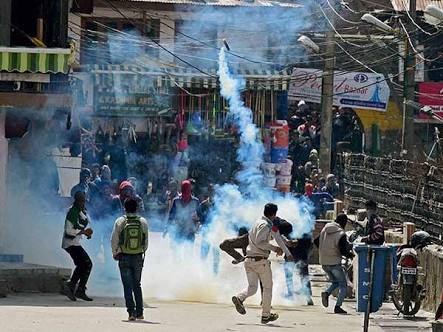 Handwara Firing became the talk of the country in India as a budding cricketer and two others were allegedly shot by Army in Kashmir. Army has already ordered a probe into the incident. Lt Gen DS Hooda announced the probe. Chief Minister also said this is going to create negative impact on the people and the process of peace efforts will not be in line in the valley.

Every started when a mob started stone pelting to the security forces for the alleged molestation bid. This is not something very rare in Kashmir when the security forces and the army come against each other. However, the soldiers allegedly started firing to the mob. Muhammad Iqbal aged 22, Nayeem Bhatt aged 21 died allegedly from the bullet injuries. Raja Begum, 54 died in hospital later. The mob says that Handwara firing was done suddenly on the civilians.

Army Official has said that the probe has been ordered and tangible and adequate actions will be taken as per the report. Police said that there was alleged molestation by the security forces and mob gathered and attacked the army bunker in Handwara. It was reported that people tried to ransack the bunker in protest. However, soldiers retaliated and two people were killed.

Who is Nayeem Bhatt?

Handwara Firing has taken the life of Nayeem Bhatt who was considered one of the talented and finest cricketers in the valley. He was selected in All India Camp as well. His friends said that Nayeem was an excellent Batsman and alleged firing cut short his career. They said that Army on one side promotes cricket and other sports for peace and then other day fires on civilians.