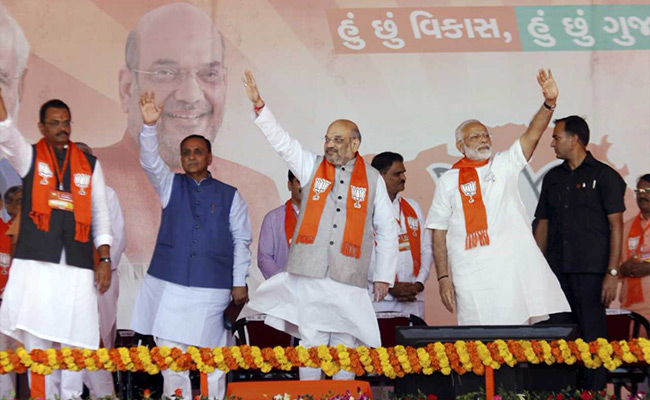 Gujarat Elections are the triggering huge waves in the country. Narendra Modi and Rahul Gandhi are trying everything possible to win the Gujarat state. BJP has been winning the Gujarat since 22 years and Congress has remained out of favour after the 1980s.

The first phase of Gujarat Elections is over and the parties are again trying hard to woo people. Patels, Muslims, Dalits, OBC and all other caste politics have already started. Leaders are reaching out people on the basis of community.

BJP might get a setback and that may become a blessing in disguise for the ruling party. BJP is losing the grip in centre and in all other states. The fringe groups have largely taken the centre stage in the name of BJP. The uber Hinduvta has taken the centre stage from the development. Dealing with the demonetization, GST, and other issues, BJP needs to come out of the typical religion politics and reapply the same formula that took them to power in 2014, the development. India youth does not need unnecessary religious politics and BJP needs to understand that first.

Congress is regaining the popularity and may take considerable seats in the Gujarat Assembly if do not form the Government. But this would give the BJP a shock that they are defeat-able if they do not focus on their job. The Gujarat Elections turning up as the Practice Match before the final 2019 Parliament Elections and the result of this would have the huge impact in the final stage of preparation.

Rahul Gandhi is taking over the charge of Congress and Modi may need to analyze the strategy as Congress may not be ignored now.