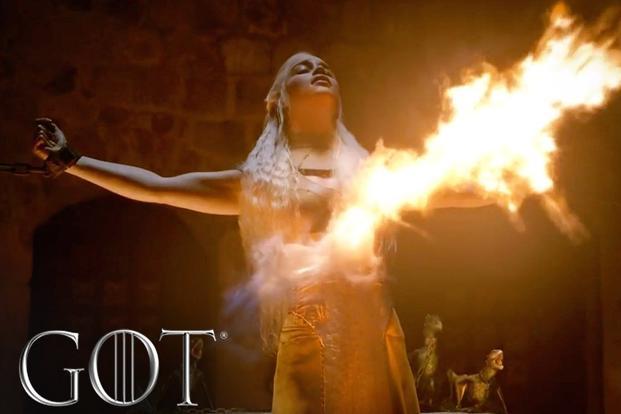 Game of Thrones Season 8 trailer and launch date released by HBO. The popular drama series will be launched exclusively on HBO in April 2019. However, the final dates have not been released. This season would be the most anticipated of all and it will also conclude the immensely popular show. The makers have also released GOT season 8 trailer for the phones. The trailer consists of the epic scenes from the previous seasons and sums up the story so far.

Here is the GOT Season 8 Trailer

Every battle.
Every betrayal.
Every risk.
Every fight.
Every sacrifice.
Every death.
All #ForTheThrone. pic.twitter.com/WReVt473SH

The thrilling season 8 would be highly anticipated for the ultimate climax. As the trailer suggests the battles, revenge, alliances and more for the throne would finally have a conclusion. The makers have been very particular this time keeping in mind the GOT leaks that happened in Season 7. As per the reports, the actors were given the scripts in digital format. Well, that does not stop someone to share something very interesting about Season 8.

As per Joe Bauer, Visual Effects Supervisor, HBO, the Ghost, dire wolf of Jon Snow would have much screen sharing in this season. So, get ready for some actions.

GOT has won many Emmy Awards even this year. This is one of the most popular shows of HBO. GOT has almost 30 million viewers only in the United States. In India, the show will be available on Hotstar. HBO has even plans for different spin-offs to the original GOT. It has been learnt that a prequel is under a pilot order which would take places thousands of years before the current plot. Well, probably the “Children” would have a greater role in it.