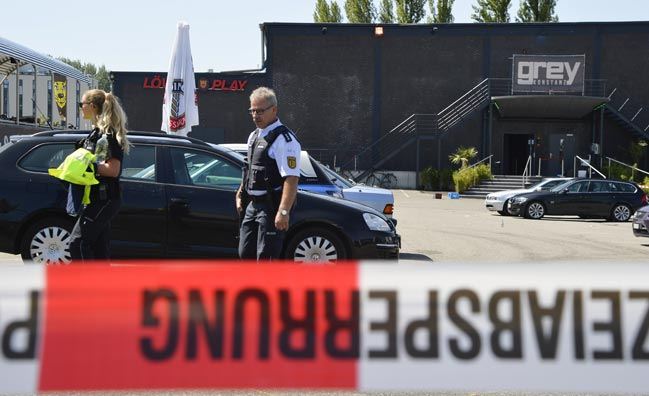 German Nightclub Shooting has left one dead and three others critically injured. The German Police reacted and critically injured the attacker who later succumbed to his bullet injuries. Well, now, let’s talk about the media reports about the attack. It has been told that the Germany Nightclub Shooting at the Grey Nightclub was related to the personal life of the attacker who was happened to be an Iraqi National. He was not an asylum seeker as reported by the local news and has been living in Constance area for close to 15 years. His motive was to kill few people perhaps for his personal animosity, but hasn’t he risked the lives of many? If you do not call any killer a terrorist, then you are branding him or her as a Criminal, preciously, a Murderer. So, let’s try to find out why it isn’t a Terror attack and why a Criminal Case.

German Nightclub Shooting took place at the early hours of Sunday when people mostly young were celebrating the Sunday Spirit. A person walks in and starts firing bullets. Now, if the eyewitnesses are to be heard from the local newspapers, then, the random firing left almost everyone panicked and run for their life. Some tried to hide and some successfully escaped. It is still not clear whether the person, who was killed, was the target or a victim of the random shooting. The same goes for the other injured people.

It is very easy to define Terror. An act that terrorizes or panic innocent people by the virtue of violence can be justified as Terror activity. On the other hand, a murder is to gun down a target for personal reasons with conspiracy and plans. No murder ever wants to get caught. But most of the terrorists know they are going to the death. In this case, the motive behind the attack was perhaps personal dispute as per the Police, but that does not give the attacker liberty to shoot randomly at a packed nightclub. If he has done so, he was aware of the consequences and either he ignored it or did that deliberately. So, does not matter what motive was behind the attack, it is a Terror attack.

The German Nightclub Shooting wasn’t probably related to the standard radicalized Islamic terror. However, that does not mean, it wasn’t a terror. It is not necessary that only radicalized Islamic Terror is a terror, any act that kills innocent people is an act of terror and should be equally treated.

So, far, the investigation hasn’t revealed much about the attacker. The weapon in possession was supposed to be an automatic pistol. The recent Knife Attack in Germany that killed a person and injured others by a radical Islamist was termed as a Terror attack, but the latest shooting has not been, for the motive behind the attack.