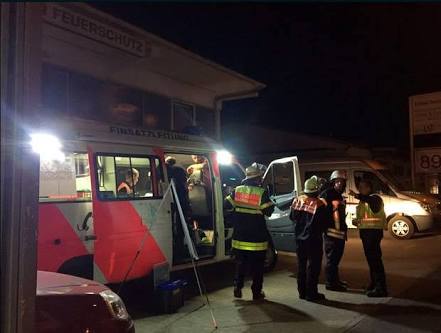 Germany Axe Attack – On Monday, during the wee hours, a seventeen years old Afghan refugee attacked the passengers in the train with an axe and a sharp knife in Germany. Four people suffered severe injuries and are fighting for their lives in hospital. The attacker was immediately shot dead by the German police forces. However, the authorities are not sure that if the attack has something to do with Islamic State. Unlike Belgium and France, Germany has never faced any Islamic state attacks in past.

The Germany axe attack took place barely a week after the Nice attack in France will pressurize German chancellor Angela Merkel to change refugee policy as Germany accepted about a million refugees last year from war-torn countries. In last few months, lone wolf attacks are on the rise. The Islamic State is continuously losing territories in Syria and Iraq but the attacks outside the territory have increased. In the month of June-July, Dhaka attack, Nice attack, Iraq bomb blast have rattled the world. Global leaders are not facing a serious challenge to contain these terror attacks claiming lives of several innocent civilians across the world.