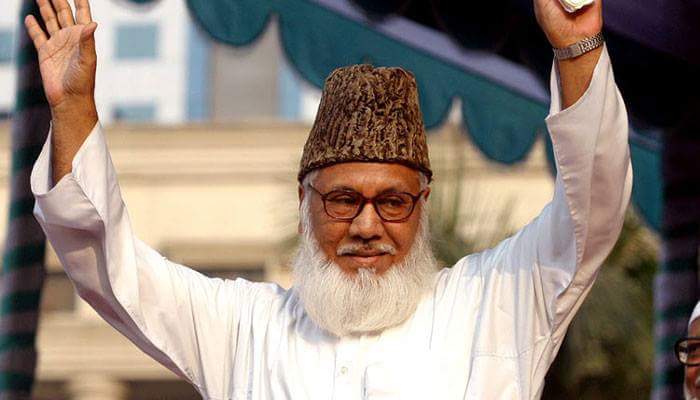 Matti-Ur-Rehman Nizami or Mattiur Rahman, Ameer Jamaat-e-Islami, hanged in Dhaka Central Jail for the War Crimes during the 1971 Bangladesh Liberation War. He had charges of Genocide, Rape, and massacre. Hasina Government started the trials of war criminals and Matti-ur-Rehman Nizami has been hanged till death. However, the Hurriyat Chairperson Syed Ali Geelani is devastated with the death of Nizami. He was in full praised and blamed India for this. He also appealed to Pakistani Government to raise the issue and take it to the Organization of Islamic Cooperation.

Mr. Syed Ali Geelani said that he was an Islamic scholar and Intellectual. Hurriyat has always pressed the panic button whenever an execution of so-called Islamic Militant has taken place anywhere in India. However, this time, he threw his support to Nizami and said he died as a Hero. However, the charges against him said otherwise, but Geelani insisted that it was due to the fondness to Pakistan that killed him. Syed Ali Geelani has rarely left any chance to take on India and Matti-Ur-Rehman Nizami hanging issue was nothing different. He said that Awami League ruled Bangladesh has become a “Province of India” and working as per the Indian Government reported Kashmiri life.

The 73 years old Nizami was a formal legislature but Supreme Court of Bangladesh recently rejected his mercy plea and he has been hanged till death.

Syed Ali Geelani has asked the Muslims of Jammu and Kashmir to hold a special prayer for the departed soul of Nizami. His fondness of Nizami looked extremely emotional as he also offered prayers.