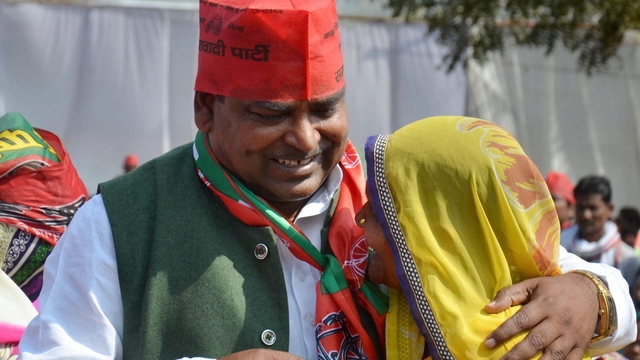 Gayatri Prajapati is finally under the scanner of the UP Police after the Supreme Court of India has intervened in the case. A minister in the Akhilesh Yadav Cabinet, Prajapati is a rape accused and is trying to flee the country as per the reports. The local police filed a FIR after the orders of the court and started a manhunt to nab him, however, they could not and informed the Central Intelligence that he might try to flee the country. All the exit points of Uttar Pradesh have been closed and high alerts have been raised in the international airports across the country.

Gayatri Prajapati has reportedly raped a minor girl along with other associates. The victim is still traumatized and is in AIIMS recovering from the incident. The mother of the victim is with her in Delhi. The other three children of her are still in Chitrakoot, a small rural village in Uttar Pradesh. The New Indian Express reported that the children are not all safe and getting threats, after the involvement of the Apex Court, a police team has been constituted to protect them. The children live alone at the house, as their father has abandoned them long back said one of the relatives to TNIE. Even, a complaint has been raised that a DSP ranked Police officer has threatened to kill the family in the fake encounter for continuing the gangrape case. An investigation has been launched for the same.

Last year, the mother of the victim reached the DSP to lodge a complaint against the heavyweight leader of ruling Samajwadi Party. He has however refused all the charges calling it political conspiracy previously. However, police inaction was noticed in the case as he was publically campaigning for his candidature from Amethi in UP Elections.

He is still free and is not cooperating with the law. BJP has accused Akhilesh Yadav, CM of UP for his sudden disappearance and claimed that Prajapati is hiding at the CM’s house. The CM, however, discarded all the charges and said that law and court should take own action irrespective of the person.