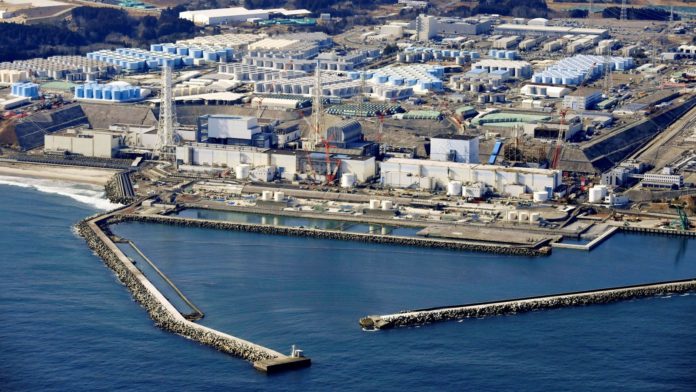 Fukushima water with radioactive material has been stored in the nuclear plant since the capacity was destroyed by an earthquake and tsunami in 2011. It was anticipated that the water will be released into the Pacific Ocean after treatment. However, protests from citizens and neighboring countries have delayed the inevitable. But not any longer.

The Japan Cabinet has decided that time has come. The cabinet endorsed the option of releasing millions of liters of radioactive water into the Pacific.

Prime Minister Yoshihide Suga of Japan has said that this is an important task and needs to be done to decommission Fukushima Daiichi Nuclear Plant and reconstruct the area.

The Tokyo Electric Power Co or TEPCO will start filtering the Fukushima Water. Now, the treatment of water would remove the harmful isotopes from the water, except one, tritium. Tritium is an isotope of Hydrogen and is very hard to remove from the water. But TEPCO would ensure that it is diluted and falls below the regulatory level set before releasing the water into the Ocean.

The process of pushing out the water into the ocean will start in 2 years. This will give TEPCO the time to finalize the process and filtering. However, the entire process would take decades to complete.

But not everyone is impressed about the process not even some section of Japanese society.

Neighboring countries like China, South Korea, and Taiwan have criticized the move by Japan. China has argued that it could damage the public health and safety of people in various countries. It has urged Japan not to release the water until it reaches an agreement with the neighboring countries and International Atomic Energy Agency.

South Korea too has expressed serious concerns about public health and safety. The neighboring country has even called the Japanese Ambassador to discuss the issue.

Taiwan isn’t impressed either and warned of a catastrophic impact on the Fishing Industry.

Some sections of Japanese society are also protesting. The protests have kept the government at bay from releasing the discharged into the ocean for a long time. However, now, the government is not budging.

Some reports have claimed that contaminated water could damage the genetics of people as well. However, Japan insists that many countries in agreement with the International Atomic Energy Agency are releasing water into Ocean after treatment.

The United States has also said that Japan is acting in accordance with global nuclear safety and has followed all the safety standards. The US Department of State said that the East Asian Country is all but transparent about all this.