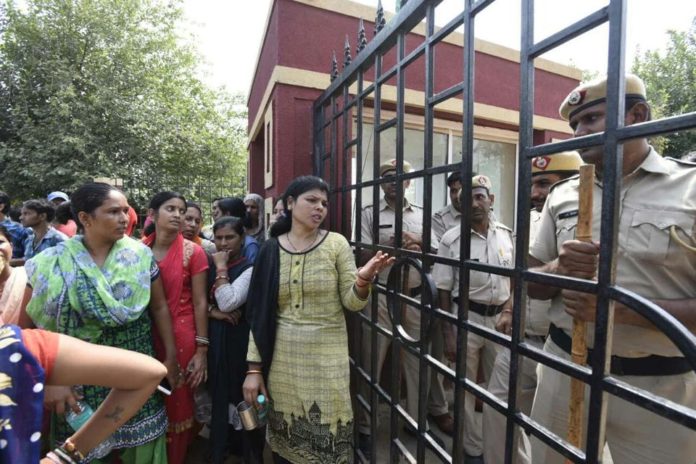 School crime cases have shocked the country in the last few days. From Delhi to Hyderabad, the cases have raised the question of the safety of the children in the school. There has been a murder, rape, and even sexual assault, physical torture, and much more.

As shocking as these crimes are, it is important to remember that there are plenty of steps that schools can take to protect their staff and students. For instance, most schools nowadays make use of ID cards. Put simply, on their most basic level, ID cards help to make sure that every person on campus is identified.

A school-issued ID card is therefore a quick and easy way to determine whether or not a person belongs on campus. You can learn more about the advantages of using ID cards in schools by taking a look at some of the resources on the InstantCard website.

That being said, these crimes show the sorry state of the private schools in India. Let’s take a quick look at the stories and raise awareness of these school crimes.

This is the most shocking incident that has left the country saddened and shocked. A 7 years old boy was found throat slit in the toilet within 15 minutes of reaching the school. The Police have arrested a bus conductor who allegedly tried to sexually assault the boy and killed him when he resisted. The boy was declared dead at the hospital in Gurugram when he was taken to Hospital. Two members of the management have been arrested and many are still on the radar. The parents have demanded CBI enquiry eyeing greater controversy of the school management.

This is another shocker from the National Capital. A girl aged mere 5 years was allegedly raped by a peon of the school in her classroom. The Delhi Police has nabbed the culprit after the girl identified him. The school has been closed for three days and multiple probes have started even by the Delhi Women Commission. The peon used to work in the same school but in the other building and reportedly came to this building to carry out the crime.

This has happened today and this has shown the apathy of the school management towards the students. This incident is from Bulandshahr, Uttar Pradesh. A four-year-old boy was held hostage in the school as his parents missed the deadline to pay the fees. When everyone left the school, the parents confronted the school authority and they reportedly admitted the fact that the kid has been confined. However, before the Police could arrest, the Principal and the School Owner fled away. The child is stable now but is still under trauma reported local media.

This is another shameful and shocking news from Hyderabad. An 11 years girl did not wear a uniform for her PT classes and her teacher sent her to the Boys Toilet and stand there as a punishment. This has been regarded as a sexual assault to the girl and angry parents protested against the school. The grave situation came to the notice of the Government and the Telangana Government has promised action against the school. The girl is still in trauma and does not want to go to the school.

These reports are from the last 3 days from different parts of the country and that shows how worried we should be as parents for the school crimes. The Private Schools demand money and more money but pay little attention to the security. What really happened in this school, can repeat again. A change in the Right to Education Act has been proposed and that has become the need of the hour considering the safety and security of the children.