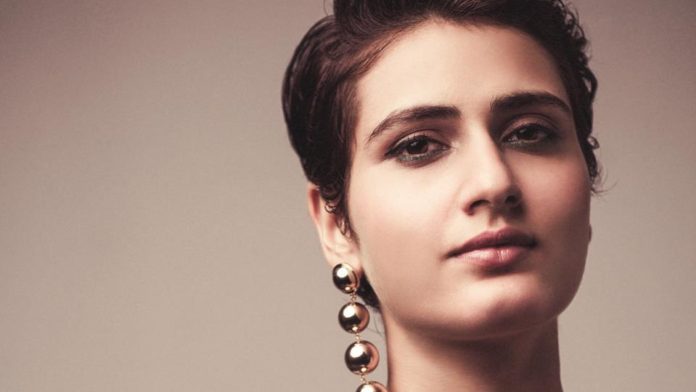 Fatima Sana Shaikh made her debut long back as a child actress in Chachi 420. She then made it even better and bigger with Dangal along with Aamir Khan as Geeta Phogat. She has made herself visible in both the movies while sharing the screen with two of the finest actors of India, Kamal Hasan, and Aamir Khan.

According to a recent report published by HT, Fatima Sana Shaikh has recently undergone a look test for the movie Thugs of Hindostan. The leading lady of the movie is yet to be decided and stars like Katrina Kaif, Alia Bhatt, and others are in the fray for the cast. Here is the photo published by HT as a warrior for Fatima and she looks absolutely stunning.

Now there are two chances. The first she might not make the cut despite becoming the choice of the director as Aamir Khan does not repeat his costar. For the same reason, Katrina or Anushka may not make the cut as well. However, one thing is for sure, Fatima Sana Shaikh has shown her tremendous potential and versatility as an actress in the short span. She might not make the cut for Thugs of Hindostan but she has become one of the faces to look for in Bollywood for the coming times.

Many reports believe that she would not be considered because of her role in Dangal. She was seen as the daughter of Aamir Khan and people may not accept her as the leading lady opposite Aamir in the next.

Shraddha Kapoor Is One Happy Woman These Days: Read On To...

Pooja Misrra Blames Salman Khan for Rape – Why it is...

Salman Khan Rape Remark – Why Bhai Can’t Be Wrong in...