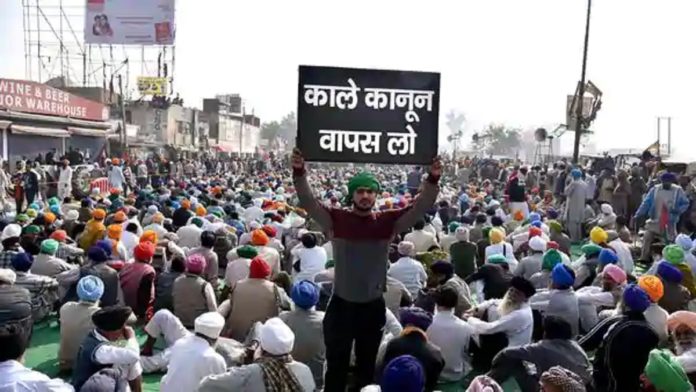 Farmers protest has rocked New Delhi for the last few days. The agitating farmers are demanding repealing all the three farming bills passed by the Parliament. Farmers from Punjab, Haryana, and Western UP are predominantly participating in the protest.

The government has categorically refused to repeal the three laws which they have termed as reforms. However, agreed to make some amendments to give in to the demand. However, farmers are not ready to budge down. They have blocked all the routes to New Delhi, of course with the support from the opposition parties.

Different countries have also voiced their opinions. For example, Justin Trudeau, Canadian PM, said that he is concerned about the protests. Despite protests from India, he refused to withdraw from Indian internal matters. Now, what is interesting is that Canada complained against the MSP (Maximum Selling Price) of crops of India in WTO. The new bills have basically removed that and now Canada is concerned. Either the PM of Canada does not know his country complained or he just needs to voice anything and everything on Indian Internal matters.

Many have voiced that Farmers protest is backed by the political agenda of the opposition. However, things look even nefarious now. Previously, the CM of Punjab, Amrinder Singh, met with Home Minister Amit Shah. He reportedly raised concerns of a few people who belong to the Khalistan Terrorism group involved in the protest and asked for an investigation. Well, Capt Amrinder Singh isn’t from the ruling party, he is in fact from Indian National Congress, who is making all efforts to stay relevant through the various protests. He then appealed to resolve issues.

Now, India Today has uncovered evidence where the wanted Khalistan Terrorist, Paramjeet Singh Pamma, was located in the protest against Farmers Bill in front of the Indian High Commission in London. This clearly shows that how Anti-India and Separatists who are in safe haven of other countries are trying to take the opportunity.

Pamma is on the most wanted list of the NIA and is in exile in the UK. Another person responsible for the protests is British MP Tanmanjeet Singh Dhesi. He is known to be very close with Kashmiri and Khalistan separatists.

Similar attempts are made in the different countries and the High Commission has reached out to different governments on the same.