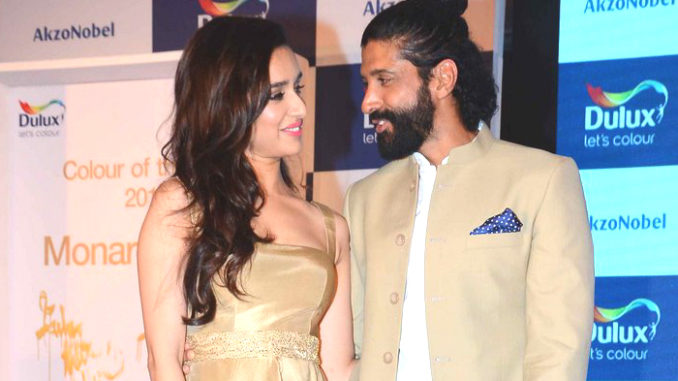 Farhan Akhtar and Shraddha Kapoor are back in news and this time it is unbelievable. The SpotBoye has reported that the beautiful actress Shraddha Kapoor who reportedly has a romantic relationship with Farhan Akhtar moved with him to his flat on Saturday. Well, yes, if the reports are to be believed the Rock On stars got together. However, things turned ugly on the very next day.

Shakti Kapoor, father of Shraddha Kapoor along with his sister in law, Padmini Kolapuri reached the flat of Farhan Akhtar on the very next day and forcibly took his daughter to home. Well, the reports suggest that Shraddha Kapoor was in no mood to come back but Shakti Kapoor was hell bent and he is completely against the relationship. Shradhha Kapoor has reluctantly moved to her residence now but nothing is well within the family reports media channels.

Farhan Akhtar is yet to get divorced from Adhuna and he is the father of two kids. The son of Poet and Lyricist Javed Akhtar, Farhan is a director, actor, and singer too. The stories and the gossips of the romance of Farhan Akhtar and Shraddha Kapoor were always there in the industry. Shradhha was reportedly putting an end to the rumors but the Reel Life Villain Shakti Kapoor came into the picture and took her daughter away.

Get Ready To Celebrate Your Breakup With This Latest “Breakup Song”...