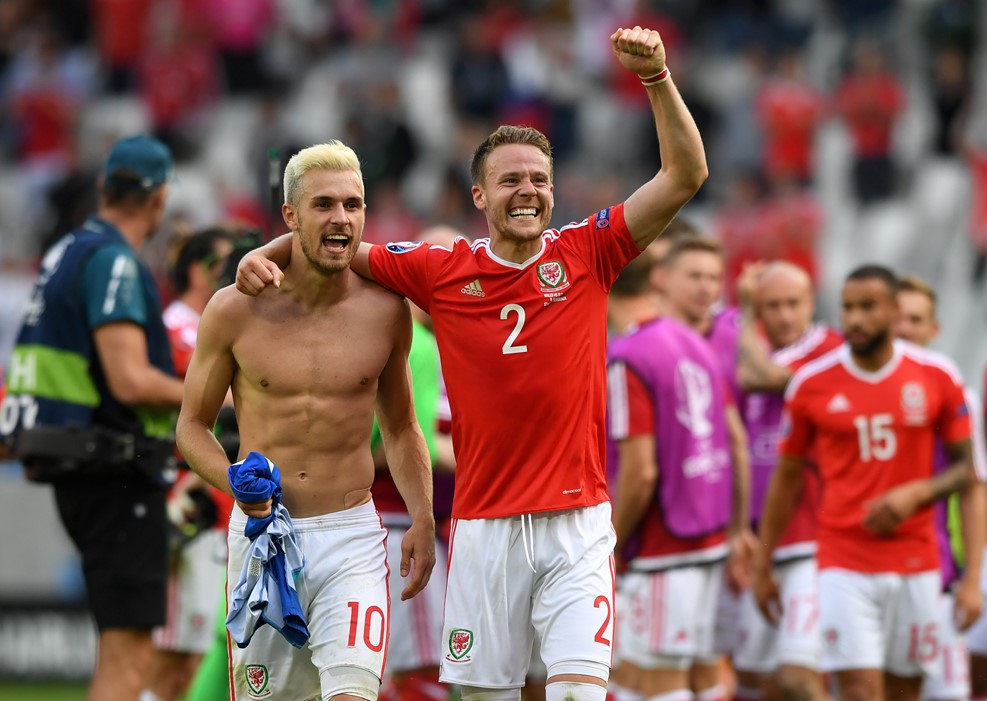 WALvSLO match gave a thrilling finish in the Euro 2016. The debutant Wales crashed Slovakia by 2-1 after the Full Time. Wales vs Slovakia match has ended after the late charge and excellence from the Robson-Kanu who managed to score a late goal to hand Slovakia defeat in their opening match in Euro 2016.

Wales Fans gathered around their home team in the Group B Match. Slovakia was also confident of opening up the account in the Points Table against the Wales. Well, the fate has something else. The match started with the huge trend of #WALSVK and the entire crowd went mad when Gareth Bale scored the first goal in Euro with his delegate football. Wales dominated the first half leaving Slovakian fans red faced.

Slovakia was seen attacking as soon as the second half started. It took around 16 minutes for Slovakia to score the equalizer and Duda netted the ball. But the Slovakian dominance soon ended with an excellent counter-attack from Wales. It was 81st minute when Robson-Kanu netted down another for Wales and left the Slovakian team dismayed. Slovakia came very close to scoring the second goal in the last minutes of the match.