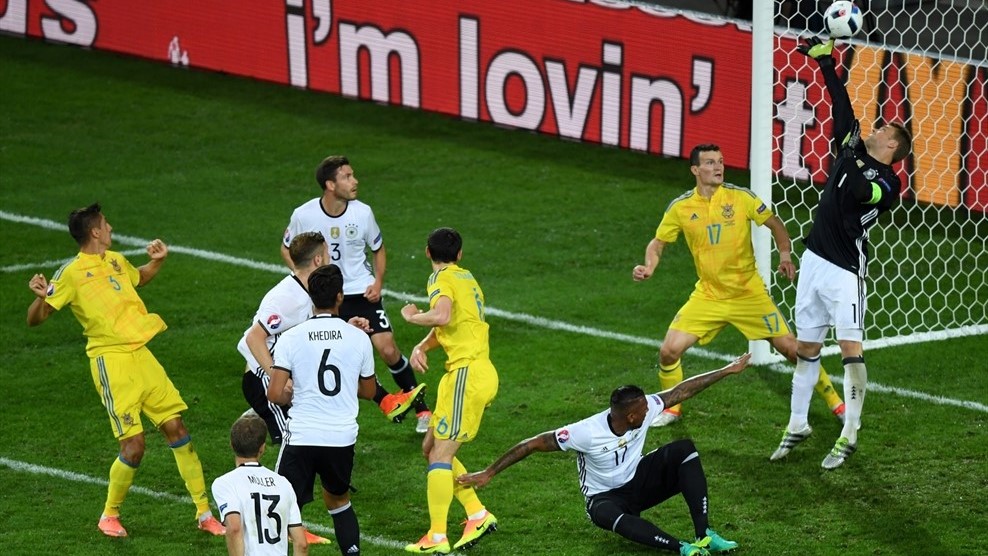 GERUKR result was expected but Germany made it a cake walk. However, Ukraine resisted and did well to stop Germany for mere 2 goals. The final score line was 2-0 against Ukraine.

However, stopping the World Champion Germany for 2-0 can give Ukraine lot of heart. They have to beat Poland and Northern Ireland now to remain in consideration after the league stage of Euro 2016. GERUKR match was nevertheless exciting. The 1-0 lead of any team remains threatened until the final whistles blows but Germany in this case made the most of the last 2 minutes.

Germany played similar football and was looking for passage each single time. It was Mustafi who got the opportunity at the 19th minute and he did not miss it. The first half was mostly dominated by Germans. However, in the second half, Germany looked a little bit unsettled at the start but they picked soon and scored the second goal to ensure the victory over Ukraine on their opening match of Euro 2016 at the dying moment. Schweinsteiger scored in the added injury time to get over Ukraine.

Even though the final score says 2-0, but Ukraine hasn’t played that bad. German defense and the Goalkeeping have been of top class. Boateng came in a way for a ball which was destined for the net. But Ukraine has only themselves to blame. It is better to pick up and focus on the game yet again.