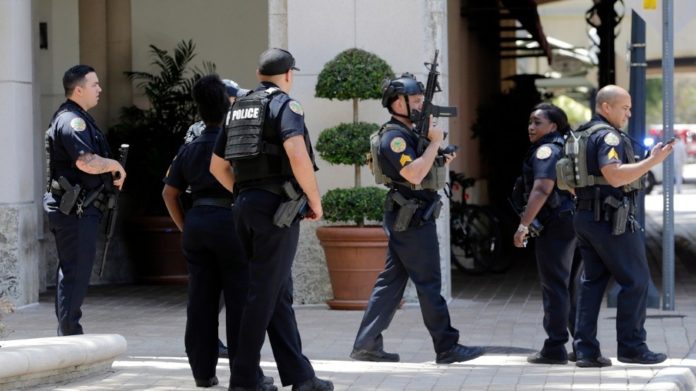 Equinox Gym Shooting at the Florida Mall saw unexpected and sudden shooting. The shooting erupted suddenly when a fight broke out between a former Gym Employee and the manager reported the ABC. The incident took place on Saturday when other freaks were getting trained at the upscale Gym at the Merrick Park in Florida.

As per the reports, one of them fired shots after the arguments. The Miami Police has not informed the name of the person who fired. However, no list has been produced so far by the Police that say the name of the killed person or the wounded person. The wounded people have been shifted to the Ryder Trauma Center but the local media has no clue about the current status of the health or recovery.

However, the eyewitnesses confirmed that one person has died and the employees of the Equinox Gym helped others to come out of the situation. The people who were inside the gym when the incident happened, did mention about the fear and the chaos that created soon after. The gym has been shut so are the shops at the Merrick Park, Florida till Sunday.

The Police is already investigating the case. The mail alert system alerted the shops in the mall about the shooting at the Equinox Gym and the customers were asked to stay inside before safely evacuated. So, the system did work as expected for the others. Unfortunately, one person has lost the life. The preliminary investigation and indication suggest that it is a case of personal rivalry.

Palwal Murders – What made a person kill 6 people at...

Watch- We will destroy India like Promogh Kumar – Hizbul Mujahideen...

Pradhyumn Thakur murder case – What Really Happened and How CBI...