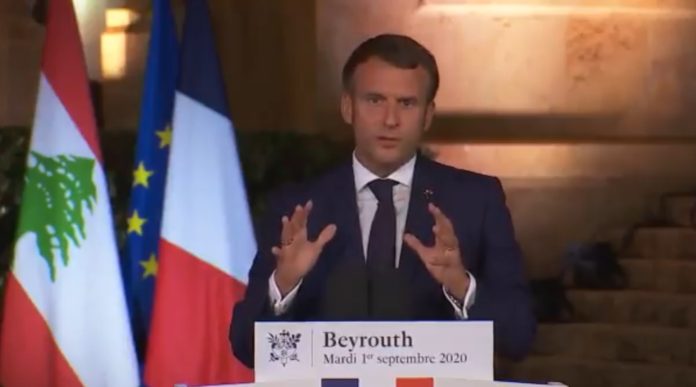 Emmanuel Macron refused to condemn the reprinting of Charlie Hebdo cartoons. French President Macron is currently in Beirut, Lebanon. When asked about the controversial cartoon reprinting, he said that he is not in a place to pass judgment.  He said that France has freedom of expression.

Charlie Hebdo has republished the controversial Prophet Mohammed cartoon to mark the trial of the 14 accomplishes of the deadly Charlie Hebdo Terrorist attack.

French President Emmanuel Macron refused to condemn the reprinting but did mention that expects the citizens to show civility and respect for each other. He asked the citizens to avoid dialogue of hate.

The cartoons were first published by the French Weekly in 2006. It created a wave of anger in the Muslim world. Muslims around the world were angered. Any depiction of Prophet Mohammed is blasphemous for Islam.

The terrorist warned Charlie Hebdo online that they would pay a heavy price for printing the cartoons. The Islamic terrorists eventually carried out the attack on January 7, 2015, and killed 12 people. They also attacked a nearby Jew market.

Even though there have been no official statements but the reprinting of the cartoons have not gone too well with the Muslims around the world. Many have taken social media to condemn the act of Charlie Hebdo. Many have pointed out that the magazine is insulting Islam using the shadow of freedom of expression.