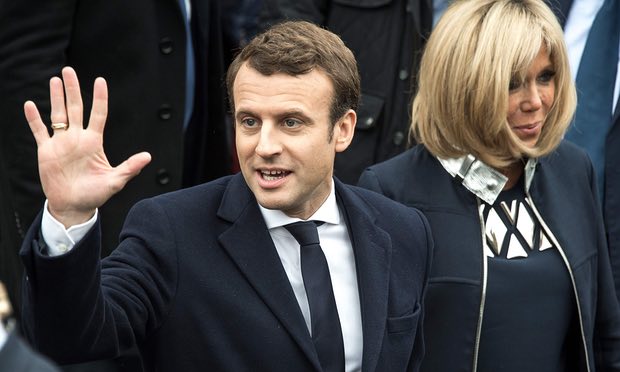 Emmanuel Macron today assumed the power of the Fifth French Republic, the fourth longest Political regime of France as the New President to serve the people. He does not have his choice of Ministers and Parliament as of now, but will soon have the same as well. He has promised a lot and has won the elections on the back of his democratic and progressive thought processes. He has a different point of view for Global Refuge Crisis, for the Europe Economy, Global Warming and others. The New President has become a sensation for France immediately. But his personal charm and his character have made him even more special.

He is married to Brigitte Macron who is 24 years 8 months old to him. She was the teacher to him and the present President started dating her when he was only 15. It is said that parents of Emmanuel Macron tried everything to separate him from her but eventually they got married in 2007. He has three step-children and two of them are elder than him. However, what makes him special is not this fact. He responded to the controversy of marrying an elder woman by saying something magical. He said that if his wife would have been younger than him by 24 years 8 months, there would have been no question, then why now? Well, he is a Centrist and Liberal as per his campaign and this remarks truly make him special.

He is also an Investment Banker and former Civil Servant as well. He has been part of Drama in college days as well. He was the Minister of Economic Affairs as well, till 2016 before he started a campaign to become Eighth President of Fifth French Republic.

Is Donald Trump losing the plot in Japan for North Korea?

Sasikala Natarajan to be TN CM – Five Reasons why it...

Worse than a Prostitute – A Day When India Politics Achieved...