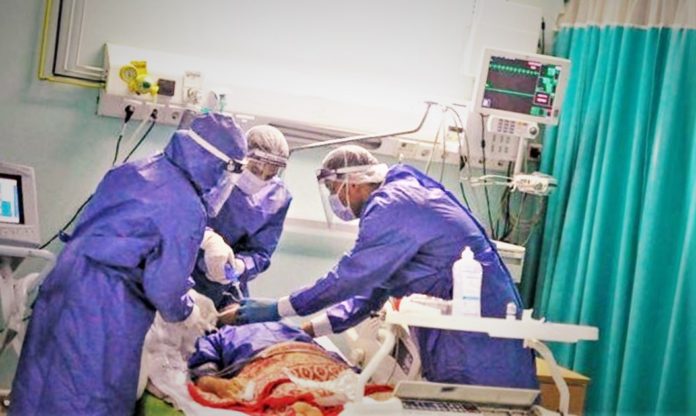 The oxygen level reached below 2 percent and there was neither enough pressure nor supply to save the life of the patients.

This is not the first it has happened in Egypt.

The massive amount of corruption and negligence of the Egyptian government has been blamed yet again. The government has however categorically denied all the allegations and has instead blamed the Muslim Brotherhood for rumor peddling.

Health Minister Hala Zayed denied that the patients died due to lack of oxygen and blamed the brotherhood for misleading information.

Dr. Muhammad Sami Al-Najja, the Director of the Hospital said that there was no lack of oxygen. The patients died due to natural reasons. The Governor of Ash Sharqia, Dr. Mamdouh Gorab said that only four patients died and not all the ICU ward patients.

Unconfirmed reports have also suggested that the man who filmed the incident has been arrested.

Experts on Egyptian politics have termed this as damage control from the government.