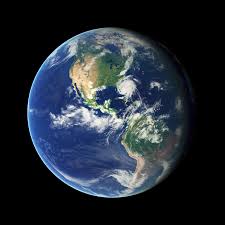 Earth Mass Extinction is not so far and if the researches are to be believed then it may come within 80-90 years. According to a study conducted by the professors of MIT, the sixth Earth mass extinction is expected to occur at 2100. The study says that the increasing carbon pressure on the ocean surface may result in the mass extinction of many species. Interestingly, already 50% species that lived with the human on this planet have already extinct. The studies estimate that the numbers would rapidly increase in the near future and the percentage can drastically change in 2-3 decades.

The prime reason behind the extinction is the change of the biodiversity and release of carbon gases. The carbon emission in the earth is increasing by considerable amount every day and that could make an impact on the environment. According to the study, the gasses are not reduced as the biodiversity is changing and more species are getting vanished from the planet. The balance of the carbon in the air and the ocean surface is increasing. The air already has the highest level of the carbon percentage and that is a matter of worry.

Most of the things are unchecked as of now. There are species that are marked endangered but there are many species that are not yet identified and should be marked before it gets too late. However, the major thing that should be kept in mind is that the environment needs to change. The biodiversity, ecology, nature cannot be altered. If you do so, then you would expose the mankind and the civilization to the greater risk of extinction way ahead of time.

Carbon Level highest in 3 Million Years – Know how it...

Venus Giant Wave – Reasons for it and What is its...