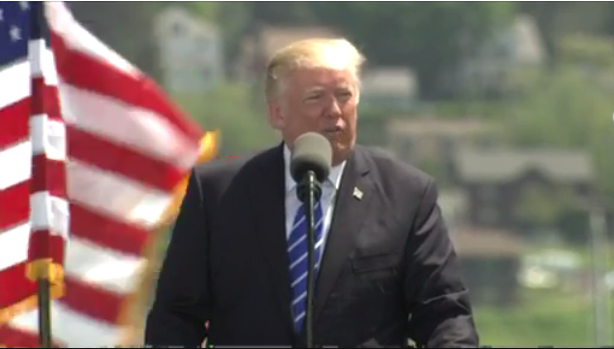 Donald Trump on Russia Investigation said something that was expected. The President of the United States of America said that the investigation will divide the country in a press conference held on May 18th. The President was talking about ranges of issues including the sacking of FBI chief and the Russian links were bound to come into White House.

President Donald Trump did not obviously took the things very seriously and said that he wants the episode to be finished soon. He is convinced that the saga of the Russia links will soon be history. However, the White House is surprised over the commission of counsel that has been set up to investigate the entire issue. The former FBI Chief has been chosen for the responsibility and both the parties are happy with the choice. The demand for the investigation intensified last week after Donald Trump sacked the FBI Chief James Comey.

The Russian Links have only increased during the short time of Presidency for Donald trump. It all started with the alleged role of Russia in the US Presidential Elections. The claims got even more intensified recently when it was revealed that Donald Trump has shared some intelligence reports with the Russian Authorities. Vladamir Putin, the Russian President has chuckled at the US Political Chaos and even cracking jokes on the Washington.

But the question is, has the Russian Links allegations have made the United States a laughing stock. Well, with all possibilities, it looks like. The US has failed to maintain a streamlined approach in North Korea, has an uneven relationship with allies and the Russian controversies are taking away all the credibility that White House has gained in several years.

Ravindra Gaikwad Grounded Again – Time to realize Politicians are not...