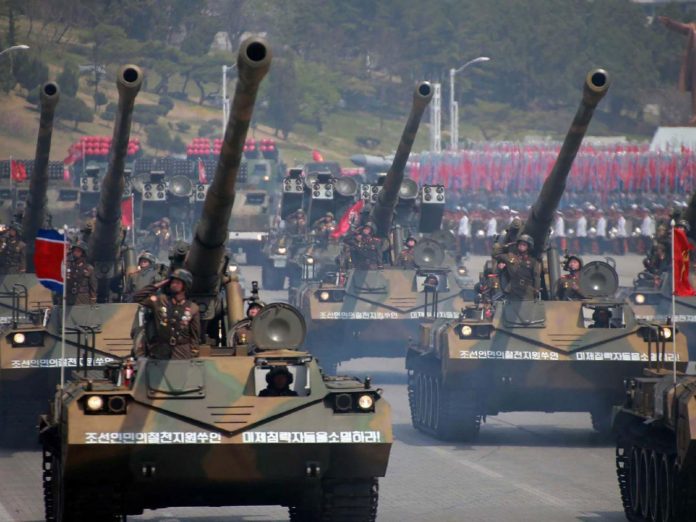 Donald Trump is threatening North Korea for defiance but has not done anything aggressive so far. The world is panicking and busy in making speculations, but the United States is busy defending South Korea and installing Warships in the Korean Peninsula. However, despite this, USA may not attack North Korea and with all possibilities, the war can be evaded.

The United States wanted to North Korea to feel the pressure and give up the Nuclear Ambition, however, that does not seems to be working. Donald Trump understands that North Korea is Iraq or Libya. Kim Jong-Un is not a crazy man, he is supported by a strong army and immense power. North Korea can actually raze the Seoul to ground zero without even using the Nuclear Power. Even though the economy of the North Korea has been sluggish, the human index has reduced, and the authoritarian rule has only increased, it has remained a heavily militarized country with immense power.

Read: The Mistakes made by US for North Korea

North Korea has diplomatic support from China and Russia. Russia may have played a role of the observer as of now, but the alliance of North Korea and Russia is no secret since the early days of Kim il-Sung. If the Korean War break out again, North Korea may damage South Korea and Japan. Well, there is no doubt, there will be reactions and counter attack. However, the only land connection available would be South Korea and North can defend the same by ignoring the border with Russia and China understanding the diplomatic relationship. The wartime support from Russia cannot be ignored as well. Russia is still hunting for an opportunity to revenge the Cold War and break of USSR and would leave no stone unturned to damage the United States.

Yes, North Korea may get defeated if it does not get support from China and Russia but the damage of Korean War can be immense. The change of Government in South Korea on May 9 can have lots to say on the situation. However, for the time being, it is unlikely that Donald Trump would order any military action against North Korea.

Pranab Mukherjee RSS Speech – This is the perfect precedence for...

Turkey Coup Attempt – Why and How Army Coup Turkey

CPEC – Pakistan has triggered the suicidal button for the sake...