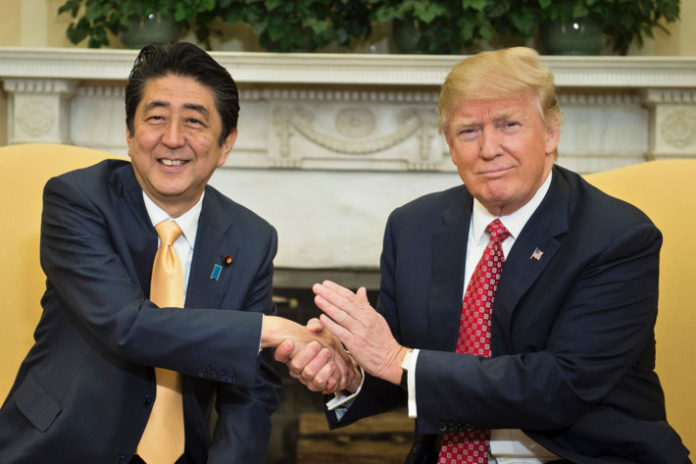 Japan and United States have been allies since the post-World War II era. The two countries have been under strong strategic relationship. In every front, Japan and US have stood together after the unfortunate Atomic Bomb in Hiroshima and Nagasaki. However, for the sake of North Korea, it is understood that Donald Trump is losing the plot against the Asian powerhouse.

Japan’s Defence Minister Tomomi Inada has blasted the United States for the parachute drill at the Kadena Airbase of Okinawa. The United States carried out a Parachute drill at the airbase which is a direct violation of the accord that was signed in 1996. According to the accord, the United States would carry out the drills at the remote islands and not at the Kadena Airbase except exceptional cases. However, the Japanese Defence Minister could not find any exceptional reasons for the same quoted Global Times, the mouthpiece of Chinese Government. She even termed the event as deplorable. The locals have also believed to have expressed displeasure for the event. She said that the explanations from the US authorities are not convincing enough to consider the drill was carried out in exceptional conditions.

The tensions in the Asian region have increased since last few days. The US and North Korea are in direct confrontations. South Korean leaders recently expressed willingness to start the dialogue with the North, but soon after that a ballistic missile was fired which went as high as 2000 KM said the Russian authorities. Japanese Prime Minister Shinzo Abe also condemned the missile test. The US have imposed even tougher sanctions against North Korea after this and that has obviously irked North Korea even more.

China has already thrown all attempts to convince all the parties, but no comment has come for the latest missile test of North Korea.

Why Kim Jong Un took a U-Turn and turned a different...

Yogi Adityanath Loan Waiver – Why Indians can never be Happy

Another Drug Linked Mayor Killed in the Philippines