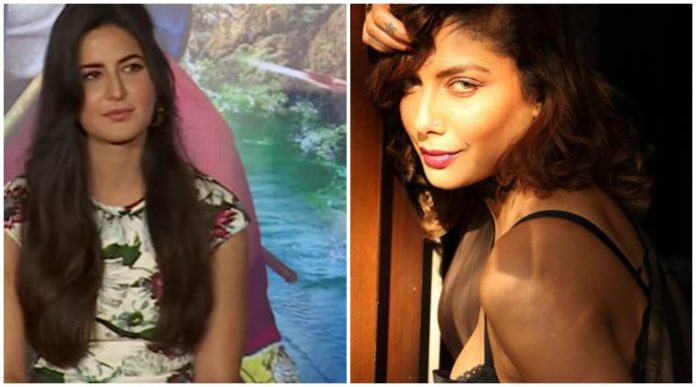 Diandra Soares sparked a controversy by sharing a positive message on age. For the uninitiated, Katrina Kaif was recently seen in the promo of her latest movie Jagga Jassos. She looked chubbier suddenly and caught everyone’s attention. The judgemental world who loves to comment on others picked up their smartphones to obviously slam Katrina for using Botox and other injections to look young.

Diandra Soares, Model, TV and Web Series Actress and former Bigg Boss Contestant looked very depressed over all this. She posted a positive message on Facebook about age and asked Katrina to grace the age gracefully. Indirectly, she told all women to grace the age and told that beauty is not only in looking young. Well, I cannot become less agreed to Diandra on this, that yes, beauty is not only about looking young. But when one talk about Katrina Kaif or Deepika Padukone or any other actress who is at the peak of her career, looking young does make a difference.

Well, let’s elaborate the situation here. Katrina Kaif has been in the industry for the last one decade or so. She has delivered many blockbusters and is still at the peak of her career. This is not a secret that the glamour career of an actress is much shorter than the Actor. Once, Rani Mukherjee, Preity Zinta ruled the Bollywood, but now they are nowhere. Let’s go back even further, Sonali Bendre, Juhi Chawla, Raveena Tandon, Karishma Kapoor, Madhuri Dixit and much more have remained almost non-existant in the industry. However, Aamir Khan, Shah Rukh Khan, Salman Khan, Sanjay Dutt and others are still playing the lead roles. So, it may be another few years for Kat in Bollywood.

If she uses anything that prolongs her career, then I don’t find any issue with it. Yes, Diandra Soares did make a valid point but for Glam Carrier, if someone wants to look a certain way, then someone should not comment on that. An Engineer upgrades skill, a Cricketer trains hard, a Politician campaigns more to stay relevant in the job they do, then there is nothing wrong to go for artificial surgery for an actress or actor to stay relevant in the industry.
This is a personal choice and should be dealt the same way. Certain things many not look to me and I may disagree. However, that does not mean that it is the only thing. Slamming Katrina Kaif, Deepika Padukone, Shruti Hasan and Priyanka Chopra is very easy but everyone who slams them does something or the other to stay relevant in their job.

I hope, I have not offended anyone.

Here is what Ayesha Takia has to say about her come...

Katrina Kaif in Jagga Jassos – Why This Movie Can Affect...

Deepika Padukone dethrones Kangana Ranaut to be the Queen of Bollywood