The incident happened in the metro station of Compton and they were ambushed. Two deputies, a 24-year-old man, and a 31 year-old-woman, a mother of 6-year-old-boy were immediately taken to the hospital. They underwent surgery. They have sworn in around 14 months ago in the department.

The department has released a video on Twitter showing how a gunman approached the passenger seat and fired shots before fleeing the scene. The incident looked unprovoked.

Sheriff Alex Villanueva is angered and said they were doing their duties to protect the train passengers.

He said as reported by New York Times,

“Seeing somebody just walk up and just start shooting them, it pisses me off,” he said. “It dismays me at the same time. There’s no prettier way to say it.”

A reported, Josie Huang of the Public Radio Station KPCC and LAist has been arrested for the charges of obstructing the officers.

Crime in the United States has increased in the last few months. Violent protests, riots are common now in many cities. The police department is already overburdened and is doing OT. Such an unprovoked and cowardly act could be devastating for the morals of the officers as well.

Donald Trump, the President of the United States, has shown support for the Police Officers and retweeted the tweet of Los Angeles Police. 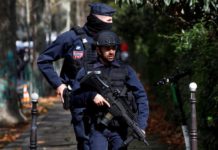 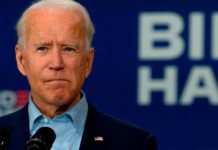