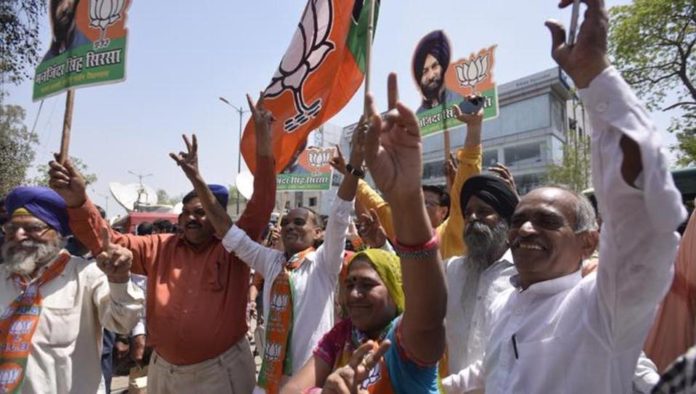 Delhi ByPoll Election was considered as one of the litmus tests for the ruling Aam Aadmi Party which came with a strong support of people winning 67 seats. However, since then the party has lost the plot and has been engaged with opposition in the mud sledding and blame game. The results were cleared in Punjab when they lost a battle that was destined to be won for them. The Delhi ByPoll Election has further ensured that AAP is losing support and relevance fast in Delhi and other areas.

The Goa Election was unforgettable where the party could not win a single seat. On the other hand, the Delhi ByPoll Seat of Rajouri Garden which was held by Jarnail Singh of AAP was vacated when he moved to Punjab to fight the Assembly Election. He lost the battle there. Here, the AAP candidate has secured the third position even after Congress. The final tally says, BJP secured 40,602 seats, Congress got 25,950 seats and the AAP got 10,243 seats. As per the percentage, the AAP candidate managed only 14% and lost the deposit as well. Maninder Singh Sirsa, BJP-SAD candidate has won the election in Rajouri Garden. Elsewhere, BJP is leading or won 6 seats in the 10 ByPoll Elections held in states including Delhi. BJP is ahead in Assam, MP and other states. Congress is leading in Karnataka and TMC in West Bengal.

The victory of BJP was expected. However, the AAP has ruled out any chance of impact of it in MCD polls, the Civil Polls for Delhi. The MCD goes to poll on April 23 and BJP is in power there.

AAP has lost 3 elections in a row and the upcoming MCD Elections can clearly indicate whether the road of AAP is nearing the Political End.