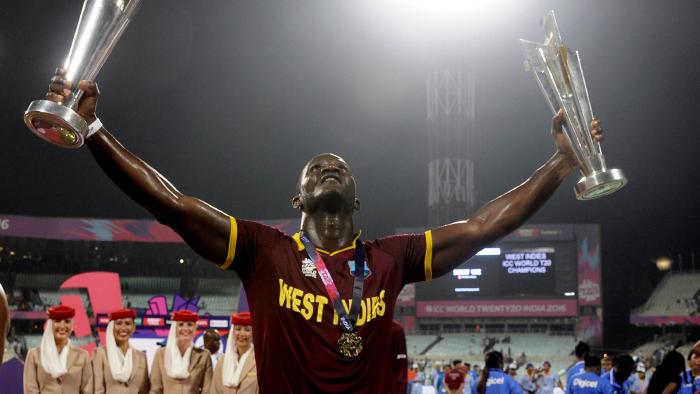 Darren Sammy has led West Indies to two World Cup wins and his exit would create further issues for the Caribbean team. Jason Holder, the current captain of Test and ODIs is expected to take over from him. However, there has been no official announcement of the decision by the West Indies Board.

Darren Sammy has almost written a farewell message on his Facebook account. This simply shows that he is little hopeful that he would be selected again to play for the West Indies team. He told that in a brief call of 30 seconds, the chairman has told him that upon reviewing his captaincy, they found that WI needs new T20 captain. The last time West Indies played under Darren Sammy was in World Cup T20 which they won. This may surprise many but West Indies board has shown their hasty and nasty decisions in recent time.

West Indies is currently playing 4 match test series against India. They are scheduled to play 2 T20s against India in Florida. However, with all possibilities, it is evident that Darren Sammy would not feature in the squad.