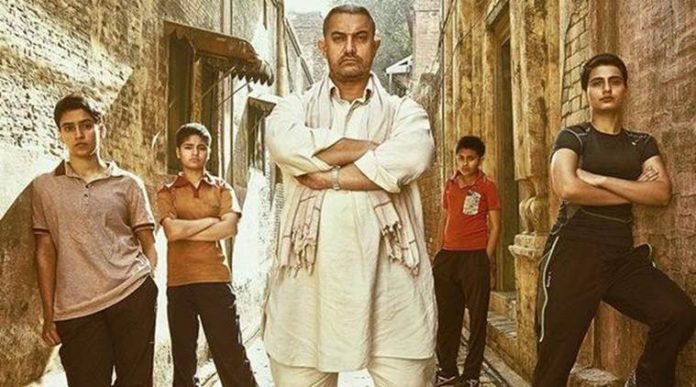 Dangal is the only movie that has somehow challenged Baahubali 2 on its way. However, the All Time Blockbuster movie has left every record shattered. If the Baahubali 2 all languages collections are considered then Dangal is nowhere close. However, if the only Hindi version is left to consider for the sake of comparison then Dangal is fighting it out even now with Baahubali 2.

Dangal is recently released in China after getting premiered in Beijing Film Festival. The movie which has collected close to 750 Crores in the worldwide box office is now doing a great business in China. The movie has racked up around 73 Crores on the opening weekend in China and is expected to do business close to 120 Crores in the neighbouring country. Baahubali 2, however, is still cruising and has reached within 11 days of its Box Office lifetime. However, the Hindi movie has already collected more than 320 Crores in India Box Office net only. Dangal is at the top place with 388 crores.

The Box Office experts believe that Baahubali 2 will break the records held by Dangal. The impact of China release on the Gross Collection may not even impact Baahubali 2. It is understood that Baahubali 2 will be the biggest hit ever in Hindi as well in terms of Nett and Gross. It is just on the 11th day and it may collect another 100 Crores in this week and weekend. Dangal has remained an All time Blockbuster but Baahubali 2 charisma may crush the records very comfortably. As of now most of the Bollywood records are in the name of Baahubali 2 despite the fact that it is a Hindi dubbed movie and has no Bollywood star in it.