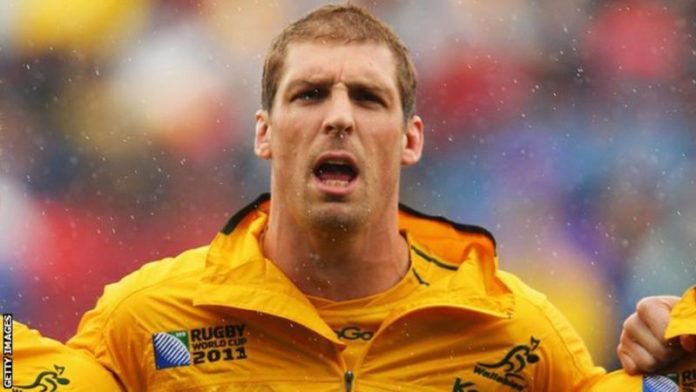 Dan Vickerman, one of the most popular and one of the most versatile Rugby player has passed away at the age of 37. The former lock of Australia had been part of three world cups for Australia and represented the country in 63 Tests.

The South African-born played was one of the most respected players on and off the field due to his gentleness. He even played in England for Northampton Saints. After a career span of almost a decade, Dan Vickerman hung his boots in 2012 after his fallout with the Brumbies and Waratahs Franchise in the Super Rugby Tournament.

No reason of death has been officially announced so far. However, it has spread shockwaves to the Rugby community as the young man passed away. He was survived by his wife Sarah and his two sons. One of the most committed players in the history of Australian Rugby, Dan would be remembered for his passion for the sport.

The Australian Rugby Association has confirmed his death and offered condolences to the family. The wishes from all over the world have poured in for the friends and family. However, people are waiting for the more details of his death. He was considered very healthy and fit and his sudden death that too at the age of mere 37 is a shocker for many.

There was no report on his illness before and the world is waiting for the final words. His family is expected to release a statement on this.

Australia turns against UN for Israel, but reaffirms Two-State Theory unlike...