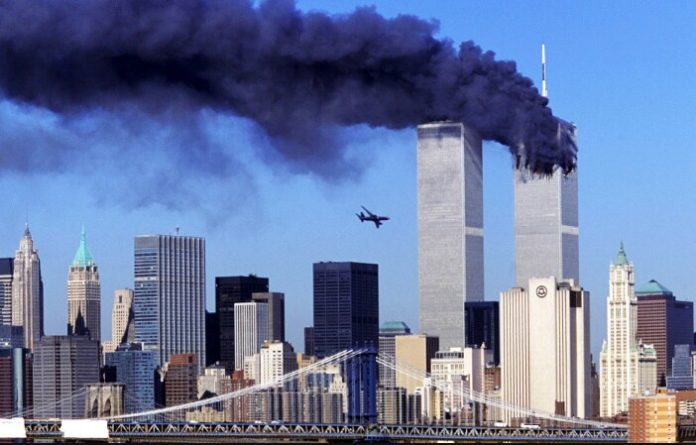 One of the most devastating attacks that have been made in recent years was the 9/11 attacks in the year 2001. Around 3000 people died in an attack that majorly targeted two cities New York and Pentagon, another attack was averted by the passengers on the flights. The attacks turned Passenger Jet Flights into a guided missile and crushed the humanity to kill huge people. The mastermind of the attacks was Osama Bin Laden, the Chief of Al-Qaida. But what really happened there? After almost 16 years of the incident, few incidents remain elusive. Few Conspiracy events remain mysterious.

Terrorists from Al-Qaida and other Islamic Extremists decided to bomb the United States to avenge for the Middle East Crisis. They sent the terrorists in the USA and many of them stayed for months and years and get trained in aircraft piloting. This was the preparation for them.

The terrorists enter the airport and mysterious evade the security to keep box cutters and knives along with them. There were at least 12 terrorists on a mission to disgrace the humanity.

American Airlines Flight 11, a Boeing 767 leaves the Boston Airport for Los Angeles carrying at least 4 terrorists. The flight was chosen for operation as it would cover a large distance and would have more fuel. The terrorists were divided in Boston, Washington DC and New York.

At least 4 terrorists boarded the United Airlines Flight 175, a Boeing 767 from Boston to Los Angeles.

United Airlines Flight 93, a Boing 757 departs for San Francisco along with the terrorists.

American Airlines Flight 11 did not respond to the Air Traffic control and two F-15 were sent to intercept the aircraft. It was too late. The terrorists hijacked the flight and took control of the cockpit. The flight was guided for the World Trade Centre, North Tower to be specific. The target was Floor 93-99 and it was flown from the Northern side of the building.
The train operations were stopped. The evacuation started from the North Tower, it was difficult to understand what really happened. People were confused whether it was an accident or terror attack. The fuel of the aircraft was burning the North Tower.

It was around 15 minutes, an aircraft the United Airlines Flight 175 appeared from nowhere and hit the floors between 77-85 of the South Tower of World Trade Centre. It was pretty much clear by then that it was a Terror attack. People were running for their lives.

The operation continued to save more people despite gusty fire and damage.

Even before Americans could come out from the shocks of the World Trade Centre, American Airlines 77 was flown into the Military Headquarters of Pentagon near Washington.

The flight operation in the United States was halted for the first time in the history.

The South Tower of the World Trade Centre collapsed, sending clouds of dust and hopes of many lives.

Passengers understood what is going on in America in United Airlines Flight 93 as the flight was delayed. They realized that none is going to survive but they thought of saving the lives of the others. A call made by a passenger to his wife from the flight was later received and it was told that he informed they are going to try something to save further attacks. He, however, confirmed that everyone would die. The last call recorded from a flight attendant later transcript and it was revealed that passengers were rolling down to the cockpit. The flight crashed in a field in Pennsylvania at around 10:03 AM killing all passengers.

The North Tower of World Trade Centre collapsed to the ground, killing much trapped.

In total, more than 3000 people were killed including close to 400 Police Officers and Fire Fighters.