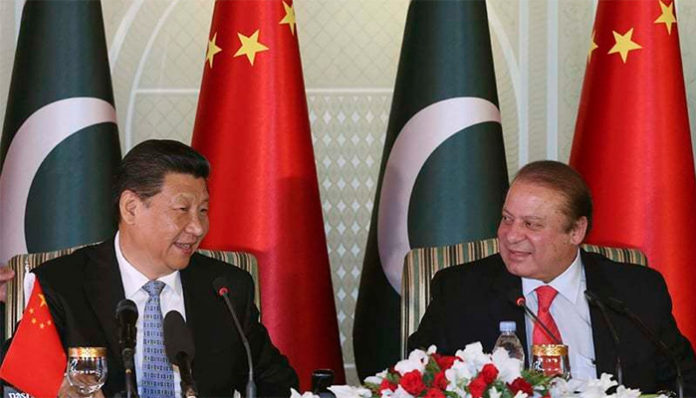 CPEC is one of the most talked about the initiative in the South Asia now after the multinational One Belt One Road meeting at Beijing. OBOR has drawn many countries together to connect the Eurasia by Road, Rail, and Ports. However, the Chinese dominance in the initiative is only to get the other markets accessible for the Chinese products.

However, the latest report released by the leading Pakistani Newspaper Dawn on CPEC can be seen as the blue print of China which is only interested in stretching the Chinese market in the time of slowdown. Pakistan would be the fast country to handover the sovereignty so that the Chinese can capitalize as much as they want. According to the reports, acres and acres land of agriculture will be leased out to the Chinese establishments who would run different experiments and set up the centers in Pakistan. Apart from it, the influence is high in Telecommunication, Satellite, Monitoring, Transportation, Leisure Service and much more. This would be based on the Chinese Culture believe the reports. So, in other orders, the Pakistan lands will be used to carry out the Chinese experiments in the name of the development and infrastructure. Many experts believe that within two decades of time, Pakistan may look like another province of China and China has a history of grabbing lands from others and there is no way that they are going to leave anything to come across on their way.

The entire CPEC has nothing to do with Pakistani improvement. The people would rarely get skilled due to the initiative. The local industry would hardly get benefitted. However, people may get jobs in the Chinese Investments that would benefit the China. The free trading will flood the Pakistani market with cheap Chinese product and eventually strangulate the home grown industry. There is hardly anything that China buys from Pakistan anyway. So, basically, the CPEC is an arrangement to extend the Chinese market or Chinese investment under a suitable deal, outside of China.

Pakistan is a Sad State which has never believed on its own resources, people and policies. It has given up the sovereignty to the other nations and wants to feed on others. It was the United States before and its China now. Pakistan has not changed and neither will. However, the state may not get another chance at all after the CPEC and OBOR.