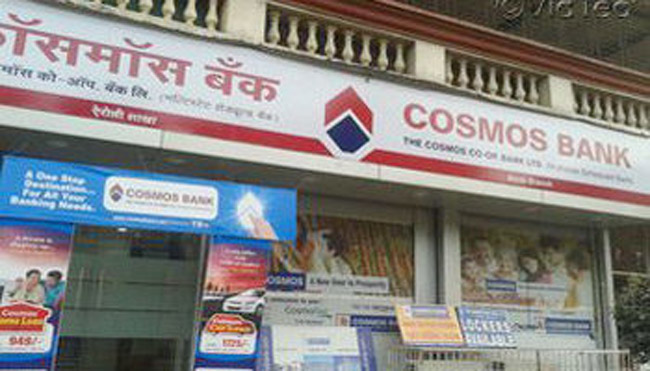 Cosmos Bank, one of the oldest urban cooperative banks in India, headquartered in Pune, faced the heat of the hackers. The hackers allegedly from Hong Kong hacked the servers of the bank and transferred nearly 94 Crores INR to Hong Kong Accounts. Over 8000 debit card details were stolen from the bank and all were used to transfer the money.

The Cosmos Bank has filed an FIR with Pune Police and has also suspended all financial services after the attack. It has been told that that almost 80.9 crores INR were fraudulently transferred to the Hong Kong Account after hacking the debit card details. It was done on August 11, reports referred. However, on August 13, another 13.9 Crores INR were transferred using the SWIFT. As the fraud came to the notice of the bank, all the services were suspended. The servers are now offline.

It is not confirmed as of now, about the fraud and the impact of the same on the customers. However, the police have reportedly started an investigation into alleged cyber fraud.

The threats of cyber fraud and hacking have become very common in today’s financial circumstances. The hackers generally use the dark web which makes it very difficult to track them. However, as the trail of money has reached Hong Kong, as per the reports, there might be some leads to the crime.

Customers can, however, contact the executives or the bank officials for better guidelines in the aftermath of the fiasco.