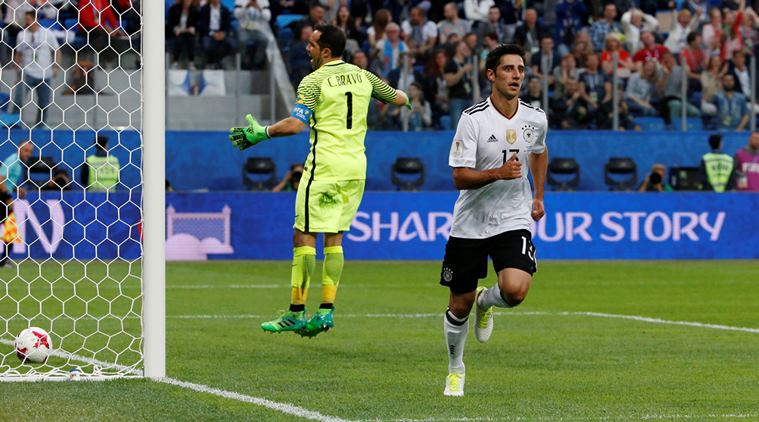 Confederation Cup 2017 has been sealed by the World Champion Germany. The super strong German team came hard on the spirited Chile that defeated Portugal on Semi Final. Both the teams were playing the Final for the first time in Confederation Cup 2017. However, the Lars Stindl goal put Germany ahead in the 20th minute and Chile could not have an answer of it in the remaining play time.

Chile has dominated the match especially at the first half. However, they conceded the goal. It was a grave mistake that Chile made and could not just come out of it. Germany kept on breaking the defence and put pressure on the Chile team. If the records of this Confederation Cup 2017 is put together, then this was just the second goal that Chile conceded this tournament. However, despite the spirited performance, it was not enough for the South American team to win the maiden Confed Cup. However, Germany did win the first ever Confederation Cup this year.

Did you miss the goal, here it is for you.

It is Claudio Braveo, the Chilean Goal Keeper who saved many of the brilliant kicks from German players, else the scoreline would have been even more bigger. However, the Chile team enjoyed their game and they have played quality football throughout the tournament. On the final day, a team has to win, and it was Germany today.

The Confederation Cup 2017 concludes with Germany winning the Cup in Russia before the 2018 Football World Cup which will be played in Russia.