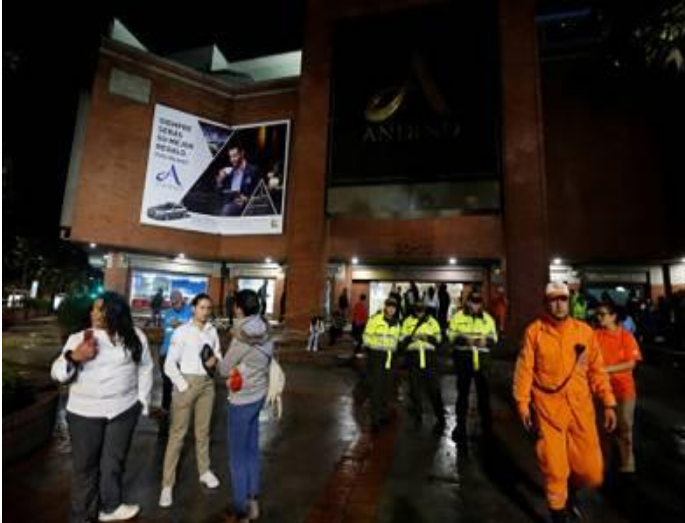 Colombia blast has left at least 3 dead and another 9 injured when a bomb blast took place at the upscale mall in Bogota, the capital. The Mayor of the City has accused the National Liberation Army, one of the last rebels left in the country. This attack has been termed as the attempt to break the peace process.

The upscale mall which is also one of the favourite destinations for the tourists was bombed allegedly by the rebels. Three people immediately died and several others injured. It has been reported that 9 people have been seriously injured and are undergoing treatments.

Julie Huynh, a 23 years old French woman was also killed in the Centro Andino Mall blast. She has been in Colombia since last six months along with her mother. The fresh reports have claimed that she was volunteering at a nearby school in Colombia. She was planning to leave for France along with her mother in coming days, but the destiny has something else for her.

Mayor Enrique Penalosa has condemned the attack and accused the National Liberation Army of the cowardly act. The investigation into the Colombia blast, however, has begun and more details are likely to come up.

Colombia has faced long-standing rebel issues and recently Government has successfully negotiated with most of the rebel groups in the country for the peace. However, one of the last remained in the process has bombed the mall to stay relevant in the country.