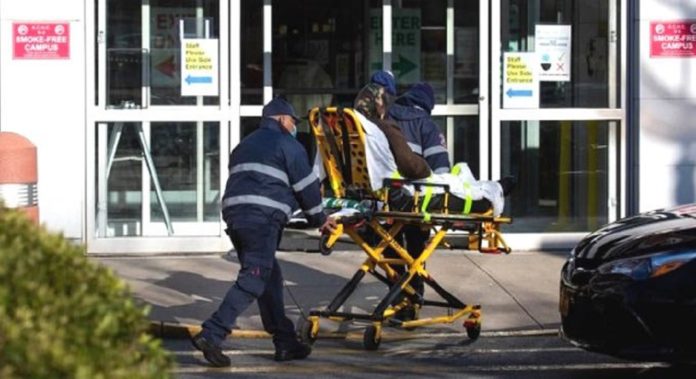 Christmas eve is a time for joy and happiness. But 2020 has been a cruel year. It has devasted the world economy and many lives. The Christmas Eve for this year was not supposed to be what it used to be in previous years with the global pandemic.

It has not been surprising. The US recorded 119,463 people in hospital as of Wednesday night. This has broken the record. The number of people who died of COVID19 is 3379. This is the sixth time where more than 3000 people reported dead in the US. The seven day average of hospitalization in the US is now 115,000.

In the public health crisis, the US has reported the most number of cases in the world and deaths. It has recorded more than 325,000 deaths in the last 10 months of COVID19. However, the month of December has been the deadliest so far.

However, with the onset of 2021, there is better news coming. More than 1mn people have received the first doses of vaccination in the US. However, the outcome of it is not expected immediately.

“While we celebrate this historic milestone, we also acknowledge the challenging path ahead. There is currently a limited supply of the Covid-19 vaccine in the US, but supply will increase in the weeks and months to come. The goal is for everyone to be able to easily get vaccinated against Covid-19 as soon as large enough quantities are available.”

But what surprising is the role of people.

Despite warnings from the government and authorities, people choose to travel across domestically and making the situation worse. The Christmas related travel affair has surpassed 1mn already per day. Commercial travel has surpassed the record of Thanksgiving as well.