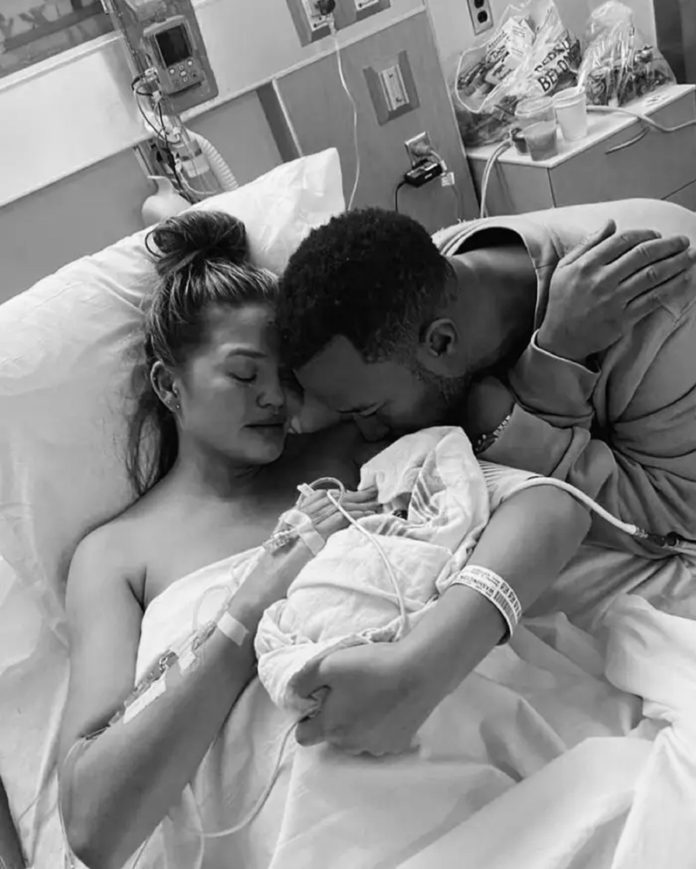 Chrissy Teigen loses her baby son a few moments after he was born. Chrissy and John Legend welcomed their baby son, Jack. But the little Jack could not survive. Chrissy was hospitalized after complications.

In an Instagram post, Chrissy Teigen shared that they have lost their son. She said that they could not stop the bleeding despite bags and bags of transfusion.

“We never decide on our babies’ names until the last possible moment after they’re born, just before we leave the hospital,” Chrissy went on. “But we, for some reason, had started to call this little guy in my belly Jack. So he will always be Jack to us. Jack worked so hard to be a part of our little family, and he will be, forever.”

She said sorry to her newborn son who died. Chrissy addressed to him that sorry for the first few moments which was complicated.

Chrissy and John Legend have two beautiful children Luna and Miles. She explained that every day cannot be sunshine.

“On this darkest of days, we will grieve, we will cry our eyes out. But we will hug and love each other harder and get through it.”

John Legend also shared the post of Chrissy and said ‘We love you, Jack’.

Chrissy informed that she was hospitalized after excessive bleeding. The couple happily announced the arrival of their son in the music video of John’s song ‘Wild’.