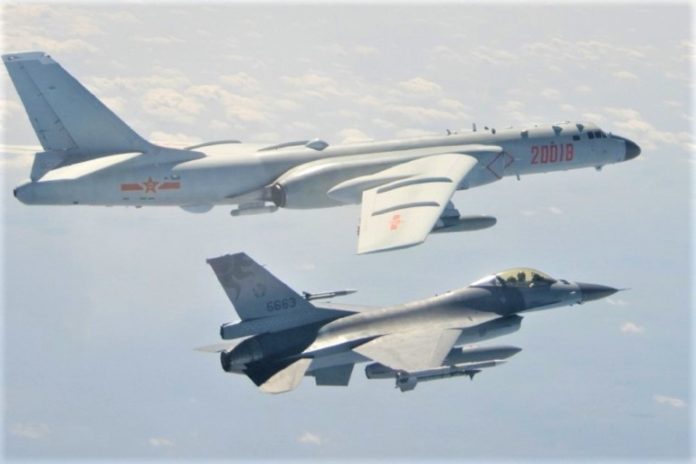 Chinese incursion into Taiwan’s air defense identification zone has once again escalated the situation between the two countries. Taiwan has deployed missiles and is monitoring the situation. The Defence Ministry has confirmed the developments.

According to Reuters, eight Chinese bombers flights along with four fighter jets intruded in the Taiwanese area.

China claims Taiwan as its own territory. It has conducted flights regularly over the waters between the southern part of Taiwan and Taiwan controlled Pratas Islands in the South China Sea. However, this has been only one or two reconnaissance flights.

Taiwan said that eight nuclear-capable H-6K bombers and four J16 Fighter jets are unusual though. The map shows these 12 flights along with a Y8 Anti-Submarine flight flew over the same water path. It is anyway miles away from mainland Taiwan.

The aircraft was reportedly warned away and now the sky is under monitoring.

In a statement, Taiwan said,

China did not make any comment but previously it talks about safeguarding sovereignty.

China was extremely concerned with the proximity of the US under Donald Trump with Taiwan. However, things may change. Many Chinese experts believe, Joe Biden will be soft towards China and may pull away from Taiwan to please the dragon country.

The stealth show on Taiwan days after Joe Biden’s presidency term may be an indicator for the same.