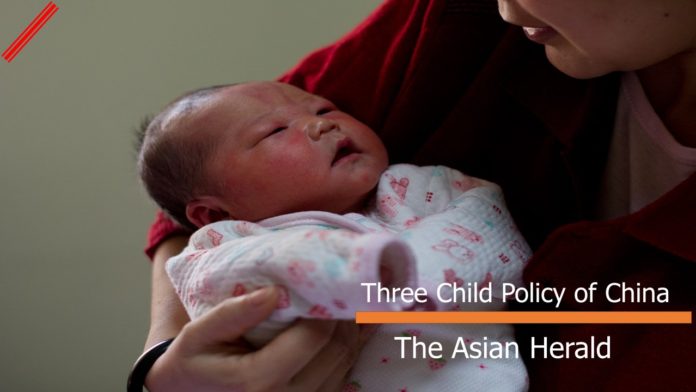 Half a decade ago, it was a crime to have more than a child in China. In 1979, the Communist Government started the “One-Child Policy” in China to control the population burst. But 37 years later, it was evident that China is facing an acute crisis of an aging population. The most populous country in the world is now facing a threatening future for its economic activities.

Xinhua News Agency, the official mouthpiece of the government, announced that married couples in China can now have three children without any penalty. But does that solve the problem China is facing?

Will married couples have three children after the three-child policy?

There was a penalty of the range of 130,000 Yuan or $20,440 for having a third child in China. This was according to a government notice found in the city of Weihai which Reuters found out.

With the new policy change, would the parents of China consider it? Well, a poll conducted in Xinhua gave a glimpse of it. Now removed poll, had 31,000 votes, of which 29000 votes said that they would never think of three children.

But what is the reason? The prime reason is the absurd cost of raising a child in China. It is a very costly affair to raise a child and any cannot afford to have a second child, forget about the third. Raising a child is also a primary duty of a woman in Chinese society and men do not take much responsibility. The three-child liberty might not be wonderful news to the women thus.

The Chinese government understands the first question and thus has declared some benefits.

The government has reportedly promised some measures to make the environment conducive. Greater tax and housing support, lower education cost, protection of legal interests of working women, and tackling the ever-increasing dowries are a few of the measures to be taken by the government.

In 2016, when it was evident that the Chinese population was increasing at the slowest rate, the Communist Government changed its stance to a two-child policy. But nothing changed. China has a fertility rate of 1.3 children per woman. This can be compared with the countries like Japan and Italy where the population is aging. As per the statistics, a replacement-level fertility rate is 2.1 and China is far short of that level.

The two-children policy did not make any difference in China in the last five years. Then what the three-child policy can do? Sociologists believe that it isn’t going to change anything. The problem is no longer the number of children allowed per family. It is the cost associated with raising children from education to entertainment. People are scared to have more children.

Did China miss the bus? Well, it can be said so. Many experts believe that China should have liberalized the policy in 2016 along with a slew of changes. It is too little and too late now.