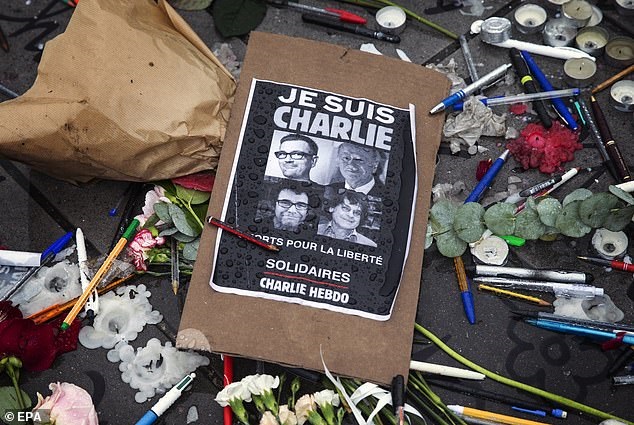 Charlie Hebdo is republishing the controversial cartoons of Prophet Mohammed. The French satirical weekly said that they are doing so to mark the start of the trial of the alleged accomplishes of the Jan 2015 attack.

Two brothers Said and Cherif Kouachi went on a gun rampage at the office of Charlie Hebdo. They killed 12 people at the office including some of the cartoonists on January 7, 2015. The brothers were killed. However, there were 14 accomplishes of them who targeted a Jewish market were arrested. They will go to trial in Paris from Wednesday.

Director of the weekly, Laurent Riss Sourisseau wrote in an editorial that they are never going to lie down. The center of the cover is a cartoon by Jean Cabut of Prophet Mohammed. Cabut was killed in the attack. The headline says, “All of this, just for that”.

Charlie Hebdo said that they had received multiple requests to release more cartoons after the massacre. However, they did not. They were waiting for a reason to reprint it. The cover shows dozens of cartoons first published by Jyllands-Posten, a Danish daily, in 2005. These were reprinted by Charlie Hebdo in 2006.

These cartoons created a huge storm in the Muslim world. The Muslims around the world were angered and offended by the cartoons published by the weekly.

The view on the weekly was divided into France. Some called it a champion of free speech and few said that they crossed the line after the cartoon. However, after the attack, France united for the weekly. The slogan used in the grief was #JeSuisCharlie or I am Charlie.