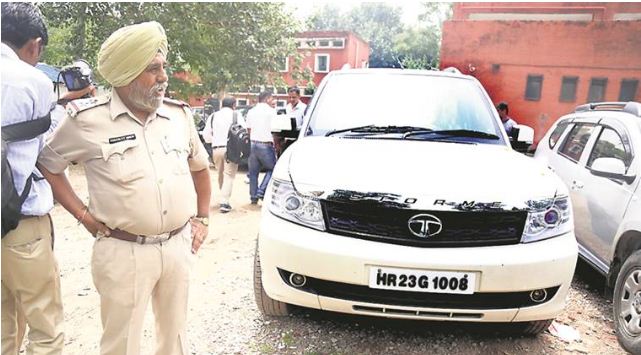 Chandigarh shocker of chasing and stalking a girl at night has left the city embarrassed. Chandigarh is considered one of the safest cities with CCTV camera installed in almost every 200 meters in the area. Allegedly, Son of BJP Chief of Haryana, and his friend chased and stalked a girl. The girl said in her Facebook post that they tried to open the door of her car and blocked her way. She said that the duo tried to enter her car or pull her to their car. She did make a call to the Chandigarh Police and the accused were arrested immediately. They were released later as they were booked under the bailable offense.

The Girl pointed out that she was lucky that the Police reached on time. The alleged accused were enjoying as they were harassing the girl in the middle of the street. She said that she is lucky that she was not raped and murdered. This is not only unfortunate and saddening but also the bitter truth. India is becoming one of the emerging economies and the progress of the country is noticeable in the entire world. However, the women in the country are still unsafe. People from the influential background do whatever they want. She is a daughter of an IAS officer but still had to go through this trauma. Just imagine what it would have been if a normal girl would have been harassed.

Let’s get to the facts, whether she is a daughter of an IAS or a Farmer, a girl is not safe anymore in India. It is not only the son of the Politicians but also high ranked officers, influential people, industrialists, and much more think that they have got the rights, on the girls. The crime against women is not only restricted to the higher society but to lower and middle class as well. The condition is actually degrading every passing day.

Chandigarh Shocker was one of the incidents where the girl managed to came out. But there are many who do not make it. This is not because of anything like of lack of clothes, lack of sense or lack of security.

This is because of LACK OF CONSEQUENCES.

Until there is a stringent law that punished people irrespective of the background, fast track courts and smooth investigation, things are not going to change.