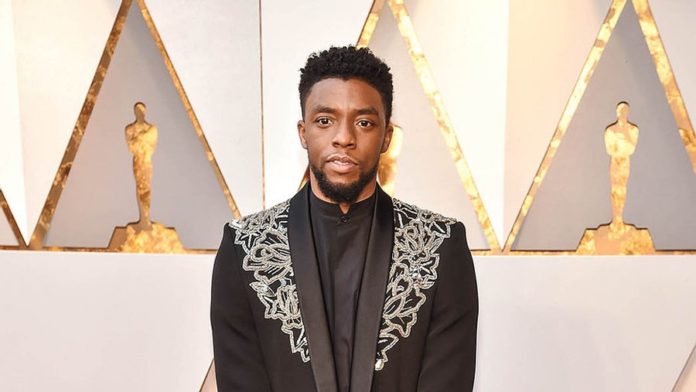 Chadwick Boseman, the Black Panther star of Marvel died on Friday. He was 43 years old. He was suffering from Colon Cancer. He died at his home in Los Angeles, with his wife and family by his side, his publicist said the Associated Press.

He was diagnosed with colon cancer four years ago. However, he never spoke about it publicly.  He was a true fighter and fought till the end.

His family released a statement.

“ A true fighter, Chadwick persevered through it all and brought you many of the films you have come to love so much. From Marshall to Da 5 Bloods, August Wilson’s Ma Rainey’s Black Bottom, and several more — all were filmed during and between countless surgeries and chemotherapy. It was the honor of his career to bring King T’Challa to life in Black Panther. “

He has been a pathbreaking actor and played some crucial roles. He created magic on screen, made people laugh, cry, and jump from the seats. His performances in Robinson, Thurgood Marshall, 42 or Get on Up, will live on.

He was last seen in Da 5 Bloods as Stormin Norman Earl Holloway. He played a ghost character and was seen in flashbacks.

However, people will remember him as the Black Panther. King T’Challa, the proud kind and protector of Wakanda in Marvel.

He first appeared as Black Panther in 2016 with the movie Captain America: Civil War. He went to play Black Panther movies two years later. He made a difference to the Hollywood Cinema with a prominent Black cast. His movies were internationally popular and he became an icon for the colored child.

Chadwick Boseman may have left the world, but his legacy will live on. He will always be the Black Panther.