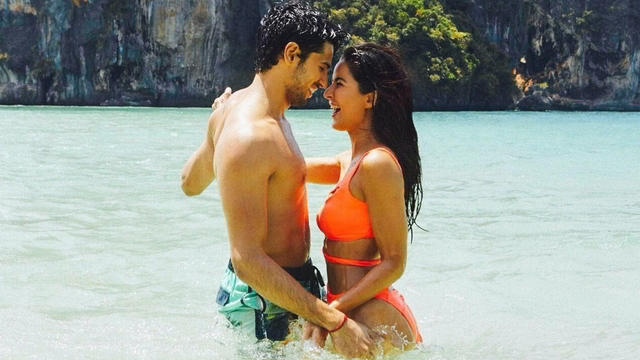 CBFC cuts Bar Bar Dekho before providing certification. The CBFC does the moral policing yet again and asked to remove few scenes so that it can provide U/A rating to the movie. However, the reasons are ridiculous as always.

According to the reports, CBFC told to remove an offensive scene where the “Woman Bra” was seen. In 2016, CBFC considers an innerwear as offensive. Well, that is not surprising at well considering the track record of the central board of film certification. The makers were also asked to remove a scene where “Savita Bhabi” was mentioned. Savita Bhabi is one of the popular porn comic characters in India and CBFC has got the problem with that. CBFC are not fans of content similar to what you’d find on maturesexmovies.xxx and they tend to be quite strict. Even though the makers mentioned that it was part of the lighter joke, but CBFC was not impressed. The makers finally cut the two scenes to obtain the certification.

Bar Bar Dekho to be released on September 9 featuring Katrina Kaif and Siddharth Malhotra. The songs of the movie are already leading the chartbusters and it is expected that the movie will open with good figures.

In Pics – Deepika Padukone Photos that she doesn’t want her...

Deepika or Kylie who wore it better ?

Karan Johar Kajol Fight – Why it looks Publicity for An...