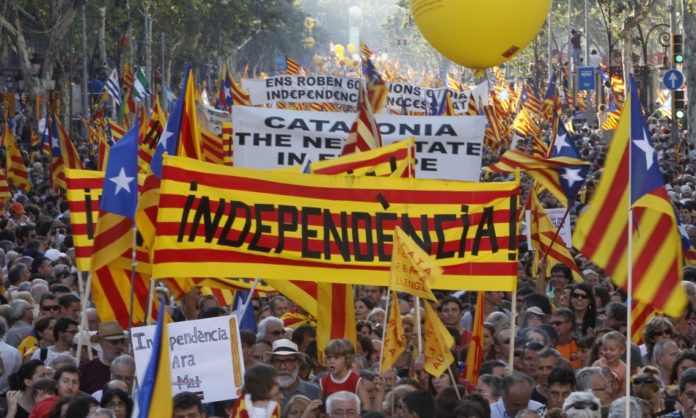 Catalonia Independence Referendum has sparked new debates on Spain. Since 1975, when the democracy was restored in Spain, this is the biggest debacle the country has faced. Catalonia is one of the major regions of the country and provides one fifth of the entire economy of the country. Barcelona which is often considered the second important city in Spain after Madrid is now facing the wave of separatism by thousands of people. The flags are being waved in the hope of new country for Catalonia and Madrid is pushing hard to stop the disintegration of the country pressed by the separatists and the political outfits.

Extra Police and security forces have reached the region and they are overthrowing the people who have occupied more than dozens of school in Barcelona for the referendum poll. Catalonia Independence Referendum has been made void by the Top Court of Spain and also by the Government in Madrid. However, the supporters of the Pro-Independence Political outfits have gathered to carry out the polling. According to the latest developments that do not look feasible under the strict actions taken by the Government.

Consequences are bound to follow once the Catalonia Independence Referendum stage is over. There would be actions and severe legal actions against the separatists. However, that is the second thing that anyone would like to know. Perhaps the first question is will Spain remains united? The current trend does not reflect huge support for the Catalan movement in Spain. There are people who are against it even in the Catalonia and thus it would be hard to pull the trigger for the separatists this time. However, this would remain a matter of concern for the Madrid and if overlooked, the situation can get intensified in near future.